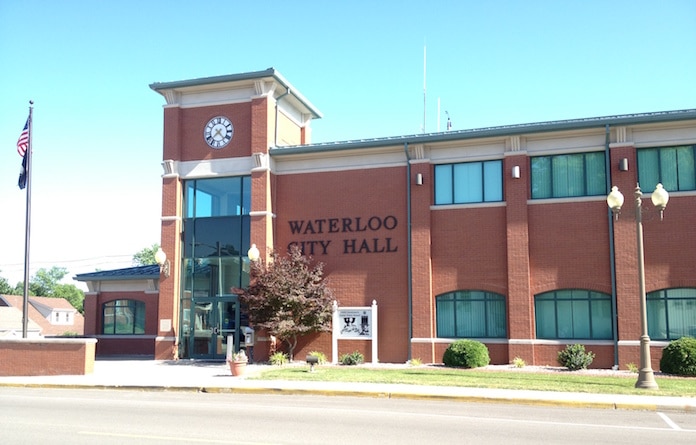 Waterloo City Council approved a tax levy for the current fiscal year on Monday evening, but the vote in this direction was not unanimous.

â€œAs the city is under PTELL, our debit request has been reduced to $ 1,456,810 to comply with PTELL,â€ Kennedy added.

“The library requests the maximum amount of levy per state law each year, and an actuarial study determines the police pension levy request,” Kennedy said.

The remainder of the demand for an increase in the tax levy is intended for city businesses and the IMRF and social security incurred by both the city and the library. This represents $ 17,126 and $ 9,965, respectively, of the increased tax levy.

Kennedy went on to explain that each year a new property is added to the Total Appraised Appraisals along with any revaluations (higher or lower) as determined by the Monroe County Appraiser’s Office.

â€œMy calculations (based on the AVE) indicate that the tax rate will decrease slightly from the previous year,â€ Kennedy said. “If a homeowner did not have an increase or decrease in the assessed assessment, then the property tax paid to the city would be lower than the previous year.”

Ahead of Monday’s vote on the tax levy request, Alderman Steve Notheisen said he would vote in opposition.

â€œI think we have enough funds in the city coffers, and to raise the tax on top of what we taxed them last year – because we haven’t spent all the money in there ‘last year – I think that’s philosophically wrong, “Notheisen said. â€œI think we can do better.

The city currently has more than $ 30 million in reserves, which include funds invested and funds committed to certain departments or accounts according to state law.

In addition to Notheisen, Alderman Jim Hopkins also voted against the tax levy request. All the other aldermen voted in favor.

Asked Tuesday about Notheisen’s comments at the meeting, Kennedy said she “really can’t speculate on her thinking process.”

In another Monday night action, the council voted to approve a one-year gas sale agreement between the city and Symmetry Energy Solutions, its natural gas supplier.

Notheisen explained that Symmetry is changing the way it bills municipalities. In the past, Symmetry billed monthly based on the price set on the first of the month, regardless of the quantity used.

â€œThis year they want us to be more flexible and pay according to what we have planned,â€ Notheisen said. â€œAnd if we use more, we pay the daily price for more. If we use less, we get less credit for the daily price. It will take some of the risk away from them and put it on our side. ”

Last month, the council approved a confidential settlement and release agreement between the city and Symmetry over an exorbitant natural gas tariff billed in February due to a major energy supply disruption caused by winter storm Uri .

Waterloo residents paid their average February bill, with the city paying the remaining amount to Symmetry using emergency funds from its gas fund.

Also on Monday, the board approved the renewal of group health insurance coverage with Blue Cross Blue Shield of Illinois for 2022, and dental, life / AD&D and dependent life insurance with Delta Dental.

At its October 18 meeting, the board approved an improper use extension of the Fourth Street Bar & Grill to build an addition for a games room and kitchen.

Aldermen Hopkins and Jim Trantham voted against this request.

A neighbor of the establishment, Diane Olszewski, expressed concern that parking is already an issue at the tavern and that it plays loud music.

Also on November 1, Council approved a special use permit for the RRR Uncle John’s Bar at 141 S. Main Street to host a â€œNew Years Eve Ballâ€ at the corner of Main and Third Streets.

Alderman Trantham voted against this request.

Kevin Strickland thanks the judge, his legal team and the prosecutor after his release from prison | New