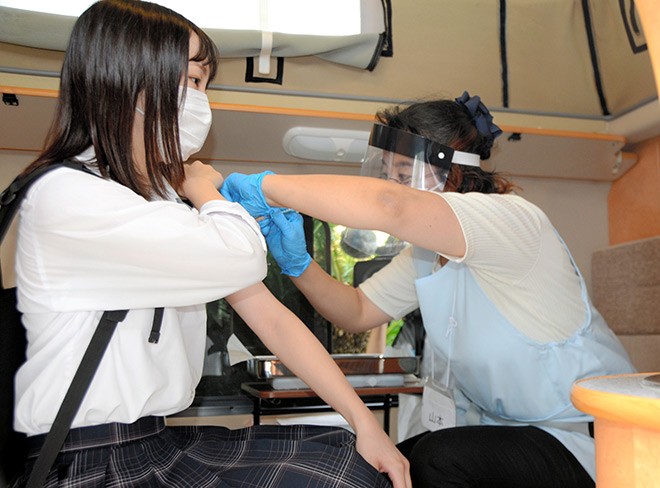 The Prime Minister’s Office website proudly reports on the progress of the novel coronavirus vaccination program. He cites 60 percent of the population fully vaccinated and 70 percent having received at least one injection.

Yet the flip side is that 30% have yet to receive a single blow. I have also heard of great regional disparities in vaccination rates.

I asked a senior official in a prefectural government, on condition of anonymity, to candidly assess the Suga administration’s vaccination program.

â€œTo be honest, we have been pushed by the central government for the past six months,â€ the official said.

Vaccination of the elderly began in April. Soon after, Suga called for the elderly population to be vaccinated by the end of July.

This has exacerbated an already acute shortage of health workers to administer vaccines, causing panic in prefectures and municipalities.

Suga took a series of actions to speed up the deployment, setting a target of 1 million shots per day, mobilizing the Self-Defense Forces and launching a workplace vaccination program.

Shortly after the prefectural government in question began preparations for mass vaccinations, the central government abruptly suspended acceptance of workplace vaccination requests at the end of June.

The official was stunned when the minister in charge “admitted” that the government had only obtained a third of the quantity of Moderna Inc. vaccines required for the program.

“The minister spoke as if the government had been so lousy with doses that it could even have sold some of them.”

Businesses and organizations that signed up on or after the fourth day after the government started accepting applications ended up waiting one to two months.

A 47-year-old company employee who lives in the prefecture received her first injection on October 2.

â€œI felt like I was being left behind by society, but now I can feel a little reassured,â€ she said.

Coming back from the prefecture, I wondered if the Prime Minister’s office had caused such regional disparities in vaccination rates with its strategy of driving up overall rates by favoring large cities.

The Suga administration will end on October 4.

I wonder if this will also end politicians singing their own praises for a policy that has caused great confusion across the country.

Vox Populi, Vox Dei is a popular daily column that covers a wide range of topics including culture, the arts, and social trends and developments. Written by veteran writers from Asahi Shimbun, the column offers useful insights and insights into contemporary Japan and its culture.

SUSAN SPEARS: Strengthen Your Leadership with the Platinum Rule | News from local businesses