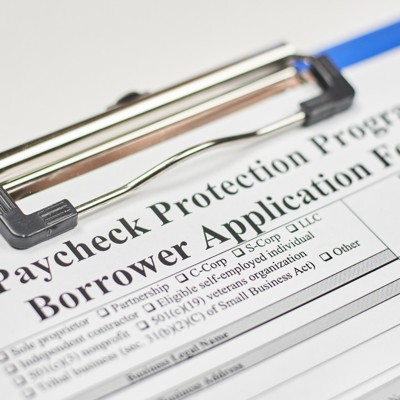 Officials from the country’s largest federal workers’ union said the Small Business Administration was unduly blocking around 80 temporary workers from organizing, despite previously announcing their positions eligible for unionization.

Last year, following the passage of the first set of COVID-19 relief laws, the SBA announced that it was temporarily recruiting GS-12 loan specialists. The positions, which have been posted several times since April 2020, were for a maximum of two years and eligible to be part of a union bargaining unit.

“This is a bargaining unit position”, the Jobs declared.

“Sometimes temporary workers who are hired for less than 90 days are not included in a bargaining unit, but there is no language like that in this case,” McQuiston said. “They are loan specialists and the SBA already employs permanent loan specialists. This is the kind of work they do at the SBA all the time. . . But once the union made inquiries to represent them, the agency suddenly changed its stance and said they were not part of the bargaining unit.

Although the fact that temporary employees are hired in the excepted service and that they cannot access all the protections available to permanent employees, union representation could provide security around issues such as the schedule, teleworking and other working conditions.

AFGE has filed a request for representation with the Federal Labor Relations Authority, which will lead to a hearing before one of the FLRA’s regional directors. McQuiston said that until now, the SBA’s objections seemed less designed to win the FLRA case, but rather to run out of time until employee terms expire.

“They are not excluded from representation by our contract, and the agency did not make this claim,” she said. “They basically say that the nature of the job is so different that they don’t share a commonality with the other employees we represent. But that’s really ridiculous, because we have people with exactly the same job title handling the loan processing. . . I think if we plead through the process we have a great chance of winning, but in the meantime it looks like they are using this as a legal tactic to deny them the rights and protections available under the union contract. “

On June 2, AFGE National President Everett Kelley sent a letter to SBA administrator Isabel Guzman urging her to back down and recognize the ability of temporary workers to organize, citing President Biden’s executive order promoting collective bargaining and his appointment to the White House task force on workers. Organization and accountability. So far, this letter has gone unanswered.

“There is no legitimate legal basis for denying these employees union representation,” Kelley wrote. “In the private sector, it is a common tactic for employers to use temporary workers and other subcontracting programs to circumvent the full union rights workers would have if they were directly employed. It is deeply disturbing to see the SBA under the Biden administration resort to a clear union avoidance tactic used by some of the most notorious private sector offenders, like Amazon. “

The SBA declined to comment for this story, citing the pending FLRA representative petition.