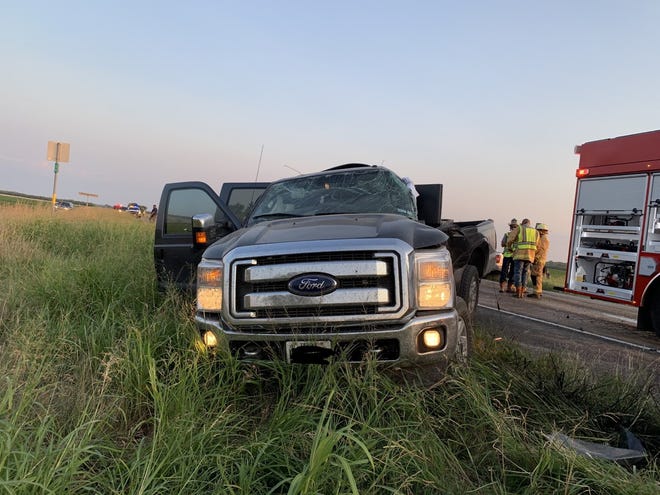 The impact crushed the driver’s side of Moore’s van as he bent and twisted the frame. The front of Busenlehner’s truck was also crushed by the impact. Moore’s truck came to a stop on the side of the freeway, as the momentum swept Busenlehner’s truck into a cotton field. Authorities say Busenlehner had the right of way.

It is not known if alcohol played a role in the crash. Moore’s body was sent to Lubbock for an autopsy.

Residents of Two Miles were injured in a car crash on State Highway 153 outside of Winters on Tuesday. Rosa and Andrew Schwertner were driving on the freeway when they lost control of the vehicle for an unknown reason.

The vehicle left the roadway and rolled over at least once. According to Runnels County Sheriff Carl Squyres, “Mr. Schwertner was airlifted from the scene to Shannon (San Angelo Medical Center). Ms Schwertner was transported by EMS to North Runnels (Winters Hospital). There was talk of his theft. when another helicopter was available. I don’t know if it was and have no update on their status. The accident is handled by Winters PD. “

No update has been given on the couple’s condition yet.