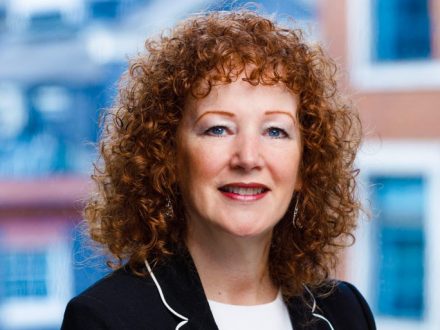 Theresa Grant feels ‘lucky’ to join the struggling Liverpool City Council, she told LGC, as she downplayed concerns about friction between commissioners and council.

Ms Grant is expected to join Liverpool towards the end of September.

Ms. Grant has experience leading a board through difficult times. She joined Northamptonshire CC as Acting Chief after declaring a Section 114 notice and was in the process of intervention. The county and its seven districts had to be reorganized into two new units.

Liverpool council officers hope Ms Grant will bring the same energy and enthusiasm she showed in Northamptonshire. Although leading a struggling authority can be stressful, Ms Grant told LGC she was ‘working every hour physically possible’, in Northamptonshire and ‘loving it’. “I didn’t notice the hours because it was so encompassing and captivating – I lived and breathed,” she said.

When LGC last spoke to Ms Grant in June 2021, shortly after completing her three-year term as leader of Northamptonshire, she dismissed the prospect of her taking on such a task again. Since leaving Northamptonshire, she has been a relationship manager at impact housing consultancy Municipal Partners.

But Ms Grant told LGC this week her next spell at Liverpool would be her last.

“I missed local government and I take a step back[to the sector] – this will definitely be my last role and I’m delighted it’s at Liverpool.”

Liverpool Mayor Joanne Anderson (Lab) has expressed reservations about the proposed appointment of a new finance commissioner and there has been much talk of tensions between the council and existing commissioners. But Ms Grant played down the alleged tensions as a ‘construct people can hide behind’.

In Northamptonshire, she took a co-operative and conciliatory approach with Commissioners Tony McArdle and Brian Roberts and Chief of Staff Chrissie Farrugia, a civil servant from the [former] Ministry of Housing, Communities & Local Government who now have the same role in Liverpool, during the three years she worked with them.

“I don’t think we’ve ever had a crossword,” she said. “We had a lot of disagreements about how something should be shaped or delivered, but we always came to a consensus and most importantly the members were always part of the discussion. I could count those disagreements on one hand” .

Ms Grant has been very warmly received in the city and has been told by well-wishers how much she will be needed in Liverpool, but she says ‘it makes me feel very humbled’. “I really want to make a difference in the eight months I’ll be here and not let anyone down.”

“I hope the positivity will last when I start doing what I do best, which is disrupting the status quo and improving performance. But it has to be done – and I’m glad I got it. the opportunity to do so.

Ms Grant is expected to bring about positive change quickly at Liverpool as its commissioners are under government orders to bolster the council’s financial resilience, management and accountability by October. They must also come up with a fully costed plan to restructure the organization by June 2023 and a new audit model within 12 months.

Asked if she felt those timelines were realistic, Ms Grant pointed out that she had only just been appointed and did not yet have the answers.

“What I do know is that there is tremendous passion and commitment to improving board performance, from all the different groups I’ve spoken to, including members, commissioners, senior officers and external partners. So I believe that all the right ingredients are there to really bring about the necessary improvements.

“I think I’m really lucky to be the one who was asked to come in and help them achieve this.”