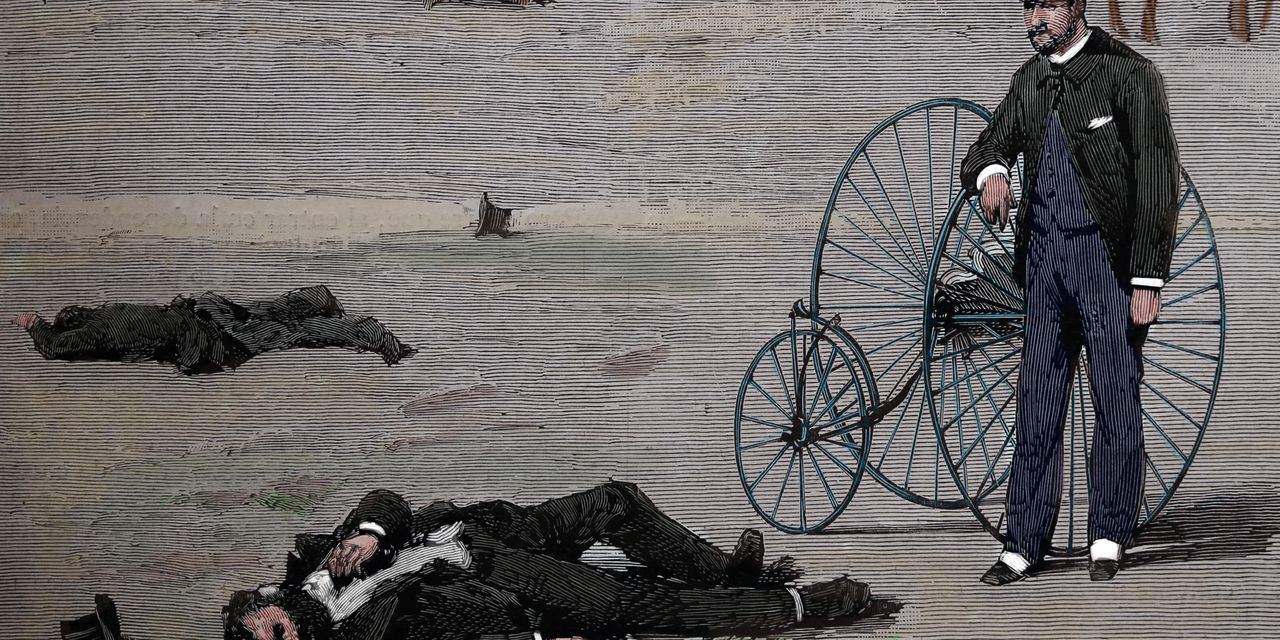 On a balmy spring evening in Dublin in 1882, two distinguished gentlemen strolled the wide avenue through Phoenix Park, a vast expanse of green in the Irish capital. One was Ireland’s new Chief Secretary, Lord Frederick Cavendish, the youngest son of the Duke of Devonshire and step-parent of the Prime Minister, who had arrived that morning to take office. The other was the Permanent Undersecretary, Thomas Burke, a career civil servant. Burke had been in office for over a dozen years; a resident of the park, a child named Winston Churchill, later recalled that Burke had given him a toy drum.

Cavendish and Burke were returning to their respective residences, elegant lodges located in the park. At 7:17 p.m., two men, Tim Kelly and Joe Brady, aided by a team of nearby conspirators and armed with surgical knives, slipped out of the shadows and pounced on the officials, slashing and stabbing them both. Within moments, the victims were lying dead on the ground, their blood soaking up the dirt.

The attackers were members of the Invincibles, a terrorist organization bound by an oath dedicated to the violent overthrow of British rule in Ireland. After centuries of English occupation, Ireland was officially part of the United Kingdom in 1801 with the Act of Union; the exclusively Protestant Parliament in Dublin was abolished, and Ireland was instead represented by 100 members in Westminster. Almost three decades later, and far too late, the Catholic Emancipation Act allowed members of the majority religion in Ireland to sit in Parliament for the first time.

But this portrayal did not prevent the ravages of the Great Famine of 1845-52, during which a million Irish died of starvation or disease and another million were forced to emigrate. Ireland’s feudal system, with Anglo-Irish landlords presiding over vast estates on which native peasants clawed meager income on tiny plots of land, led to eviction of tenants and suffering on an indescribable scale . The laissez-faire schibboleths of the day and pervasive racial animosity against the Irish prevented a successful British relief effort.

These tragic events are told vividly in Julie Kavanagh’s lively and suspenseful film. “The Irish Assassins: The Conspiracy, Revenge, and the Phoenix Park Murders That Stunned Victorian England” (Atlantic Monthly, 473 pages, $ 28). Ms Kavanagh, former editor of The New Yorker and author of “Nureyev: The Life,” skillfully describes the plot to kill Burke (Cavendish was an unwitting victim; at the last moment he had decided to walk home rather than to take a cart); the subsequent trial of the assassins; and the bloody and vengeful consequences of the trial. But the Phoenix Park murders are only the hinge of a fluid and well-documented study of Anglo-Irish relations during the Victorian era.