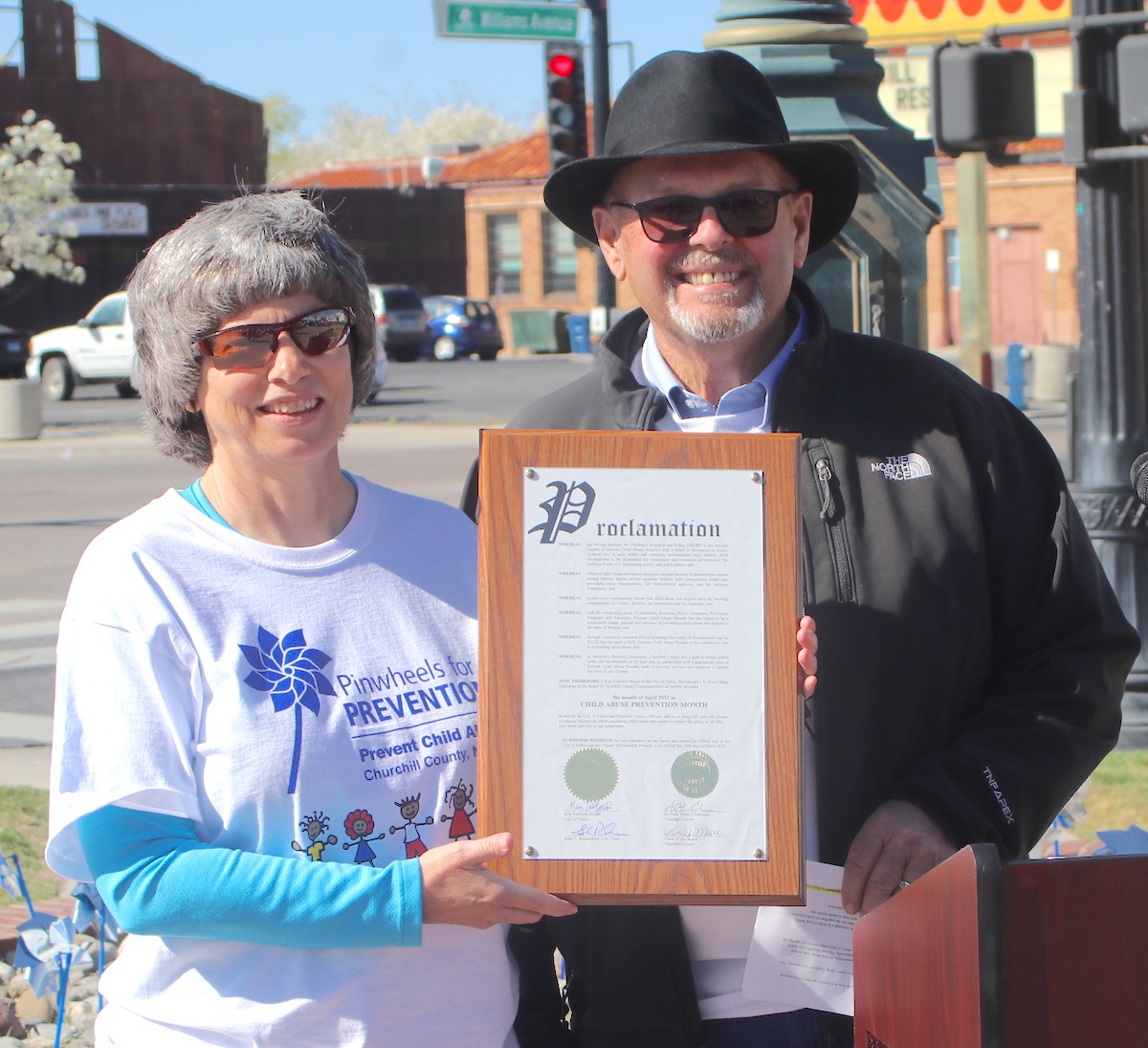 Steve Ranson / LVN
Windmills, a national symbol of child abuse, have been planted in various places around the city.

Steve Ranson / LVN
Tracy Runnels is part of the Churchill Community Coalition and is a board member of Domestic Violence Intervention.