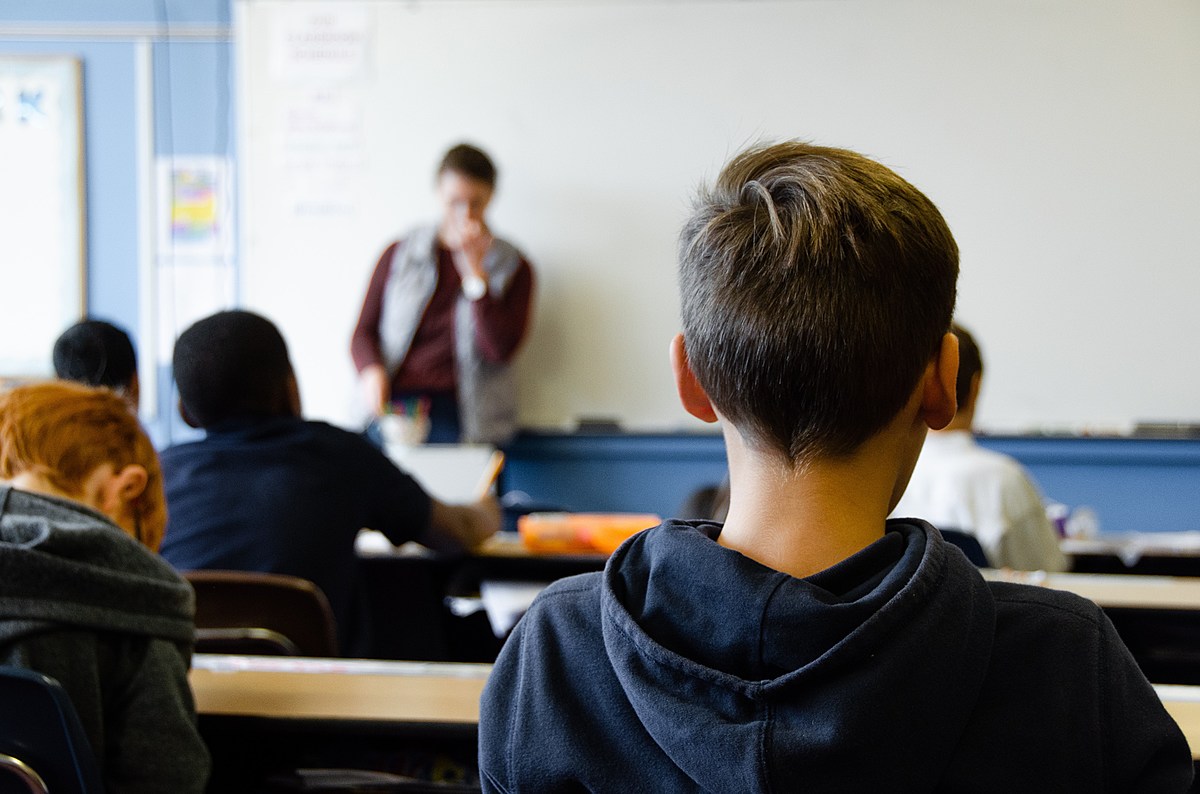 Pflugerville teacher furloughed for ‘inappropriate conversation’ with students, says KVUEABC. He told students at Bohls Middle School that he felt his race was “the superior”. KVUE posted a blurry video to their article, likely because the school has yet to identify the teacher in question and possibly to protect the identities of underage students. However, the video has been widely shared on social media and is unblurred on other video sharing sites.

In the video, it is clear that the teacher does not realize that he is being filmed by a student behind him as he remarks that “deep down in my heart, I am ethnocentric, which means that I think my race is superior.” To which a student responds, “So white is better than anything?”

It has to be considered that this was not a sociology or history lesson in which this conversation could somehow make sense with more context, although I’m not sure how his statement could possibly be interpreted differently even then. It was a advisory class:

The general purpose of a “counselling period” or “counseling program” is to ensure that at least one adult in the school gets to know each student well, makes sure that their needs for learning are satisfied and encourages them to make good academic choices. and plan for their future. Notices are designed to foster stronger adult-student relationships and a stronger sense of belonging and community among students.

So the adult you’re supposed to bond with is telling your class that in his heart he thinks white people are superior, i.e. he’s literally a self-confessed white supremacist.

If you can discount what he said as a thought experiment or whatever, surely he shouldn’t be teaching because he lacks even the modicum of common sense. If you say something in a classroom that you aren’t comfortable with recording students, you shouldn’t say it at all.

You must beware! Here are 10 Texas counties with the most sex offenders

These are the 5 safest places in Central Texas to raise a family.

Many states still have weird laws on the books that are no longer enforced or taken seriously, and Texas is no exception.

Most of these laws are just funny now, but at some point there was a valid (or at least somewhat valid) reason for them to exist.

Let’s take a look at 10 of the weirdest in the Lone Star State.