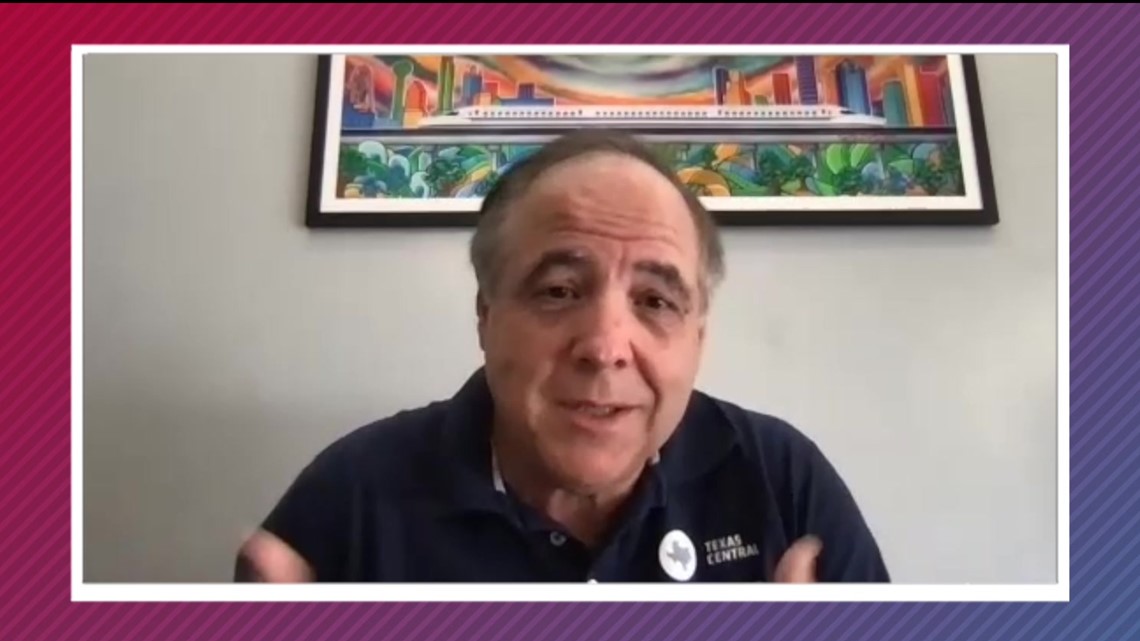 Carlos Aguilar has stepped down as CEO of Texas Central after nearly six years leading a high-speed train load between Dallas and Houston.

Aguilar announced his departure on LinkedIn. He had been leading the company’s effort to build a high-speed rail line backed by Japanese technology since December 2016. His decision to resign comes ahead of a pending decision from the Texas Supreme Court in a case that could have decided the fate of the project.

“I am immensely proud of the accomplishments of our team, which has achieved, among many other accomplishments, end-to-end regulatory approvals for the first true high-speed rail project in our nation’s history,” Aguilar wrote. “This was a most conscientious and complex undertaking, carefully addressing the concerns of landowners, stakeholders and providing opportunities for all sectors of our society, a first for American infrastructure.”

Aguilar said he plans to announce his next steps soon. He is a board member of the Electric Reliability Council of Texas.

Aguilar said most of what he called the company’s “graduates” will move on to roles at other companies. “Eventually, this team could implement this desperately needed project to improve safety, reduce traffic, reduce greenhouse gas emissions and connect two of the most important metro centers in the country with the fastest train service. advanced available,” Aguilar said. “I will never forget your ethics, talent, dedication and sheer resilience through it all!”

The company has not named a successor and does not list any executives on its website’s leadership page.

Neither Texas Central nor Aguilar could be reached for comment. In his message, Aguilar expressed the hope that a high-speed train project will materialize in the future.

“While I cannot align our current stakeholders with a common vision of the way forward, I wish the project every success and remain convinced of the importance of this endeavor to the safety and prosperity of all Texans. “, wrote Aguilar.

The proposed $30 billion high-speed train would have traveled at speeds of up to 200 miles per hour and allowed passengers to travel between Dallas and Houston in about 90 minutes, according to Texas Central. The company says the project will benefit Texas by taking cars off the road, creating thousands of jobs and generating billions of dollars in economic benefits.

Many Texas landowners whose properties are within the proposed train route opposed the project. Leon County’s James Miles sued Texas Central in 2019 to challenge whether the company has the authority to use eminent domain to take ownership of the project.

“Carlos Aguilar confirmed what we all knew implicitly, that this project is dead,” Beckham said, adding that Texas Central has not applied for the necessary permits or begun certain regulatory approval processes.

The fact that Texas Central has not named a successor “should be a sigh of relief for anyone concerned with the rights of private landowners in Texas,” Beckham said.

Funding for Texas Central is an open question. Lawyers representing Grimes, Madison, Leon, Waller, Freestone, Ellis, Limestone and Navarro counties filed a court filing in April accusing Texas Central of be in arrears by more than $620,000 in property taxes.

Aguilar has long maintained that the project would be privately funded and that the company would not take public money. Last year, however, Aguilar said the project hinged on congressional passage of a bipartisan infrastructure spending bill. Congress ended up passing a $1.2 trillion spending package. He said the project would be funded entirely by the private sector because Texas Central would not be seeking federal grants or tax money. Instead, he said the company would seek long-term, low-interest loans created by law.

Beckham has repeatedly accused Aguilar of lying and said he hopes that if the project takes on new life in the future, backers will offer honesty and transparency from the start of the process.

Michael Heidler, a partner at Vinson & Elkins that represents Texas Central, said Aguilar’s departure had no effect on the pending appeal to the Texas Supreme Court.

This story originally appeared in the Dallas Business Journal.