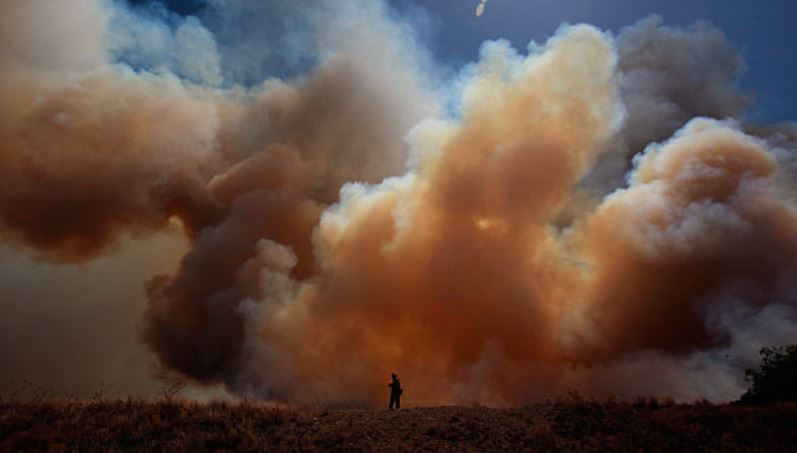 In the last eight months of 2022, Texas A&M Forestry Services saw a nearly 50% increase in wildfires this year compared to averages for the past five years.

The Eastland Complex, located in central Texas, ranked 22nd among the largest wildfires Texas has faced. According to Texas A&M, the fire ignited a total of 54,513 acres in March and claimed the life of Eastland County Deputy Barbara Fenley as she tried to evacuate others.

What are the 5 largest wildfires in Texas history?

As drought conditions continued across the state, 224 counties were placed under a burn ban on July 25. This is the most the state has seen since October 24, 2011, according to Texas A&M Forest Services. Along with burning bans continuing in most counties through the summer, Governor Greg Abbott issued a drought statement for 189 counties also in July.

On August 23, the Texas A&M Forest Service shared on the Incident Information Twitter Profile what little to no fire activity he was anticipating for the week of August 24. With temperatures dropping and counties like Mason receives 5.03 inches of rain within three days, all of Texas falls into a low or moderate fire danger rating according to the fire danger map provided by Texas A&M Forest Services.

Heavy rain floods streets in the Dallas-Fort Worth area

Since August 25, 166 Texas counties remain under a burn ban according to Texas A&M Forest Services. Concho Valley counties that have lifted their burning bans include Sterling, Irion, Sutton, Mason and McCulloch County.

Of those battling the fires that have engulfed Texas this year, 69.9% of firefighters are volunteers according to the National Fire Department Registry. In addition to volunteers and 300 Texas A&M Forest Service firefightersthere are 1,080 firefighters from land management agencies across the country and through the Texas Intrastate Fire Mutual Aid System mobilized by the agency to assist in wildfire response.