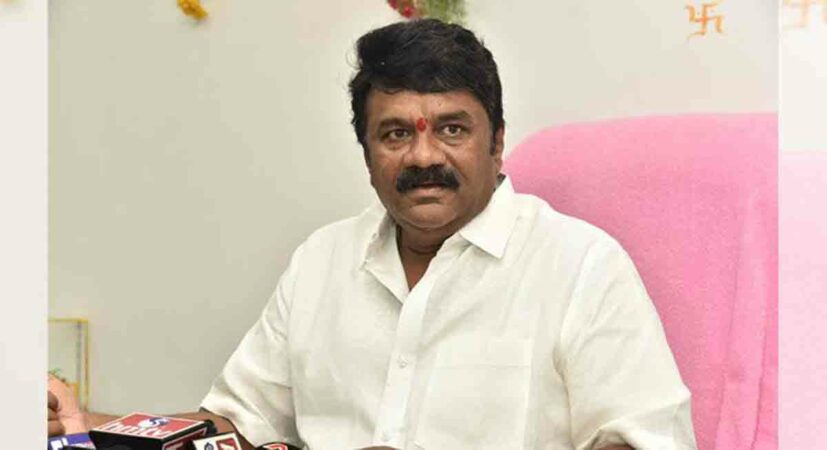 Hyderabad: Sankranti has become more festive for Greater Hyderabad Municipal Corporation (GHMC) employees living in their allocated wards as the state government decides to regularize these accommodations for them.

Following the decision, staff members staying at GHMC residential quarters located at Ramgopalpet, Audaiah Nagar, New Bhoiguda and MCH Colony and Amberpet can now register the houses in their name at a nominal cost.

This holiday gift from the state government was announced by Livestock Minister Talasani Srinivas Yadav and the order authorizing the conversion of GHMC leasehold accommodation into freehold was issued by the Special Chief Secretary for Municipal Administration and Urban Development (MA&UD), Arvind Kumar.

Addressing the beneficiaries here, Srinivas Yadav said, “Chief Minister K Chandrashekar Rao, who is striving hard for the welfare of the poor and middle income groups, has very generously decided to regularize these neighborhoods.”
Beneficiaries who were overwhelmed with joy at the decision thanked Chief Minister, K.Chandrashekhar Rao and MA&UD Minister KT Rama Rao for accepting their decades-old request and also praised Srinivas Yadav’s efforts for the followed by the question.

MA&UD Minister KT Rama Rao and the sub-committee had reached a favorable decision in a recent meeting on the regularization of government quarters, following which the order of regularization of quarters was issued by the Department of MA&UD addressing the Commissioner of GHMC.

A digital library is being constructed at Audiah Nagar, Secunderabad with an estimated cost of Rs 4 crore. Disclosing this, Livestock Minister Talasani Srinivas Yadav said that “the facility being constructed should be used especially by young people.”

The Greater Hyderabad Municipal Corporation (GHMC) has already demolished the existing library at Audiah Nagar and built a new one.

You can now get handpicked stories from Telangana today to Telegram everyday. Click the link to subscribe.

The Coming Crisis in the Decentralized Lending Market