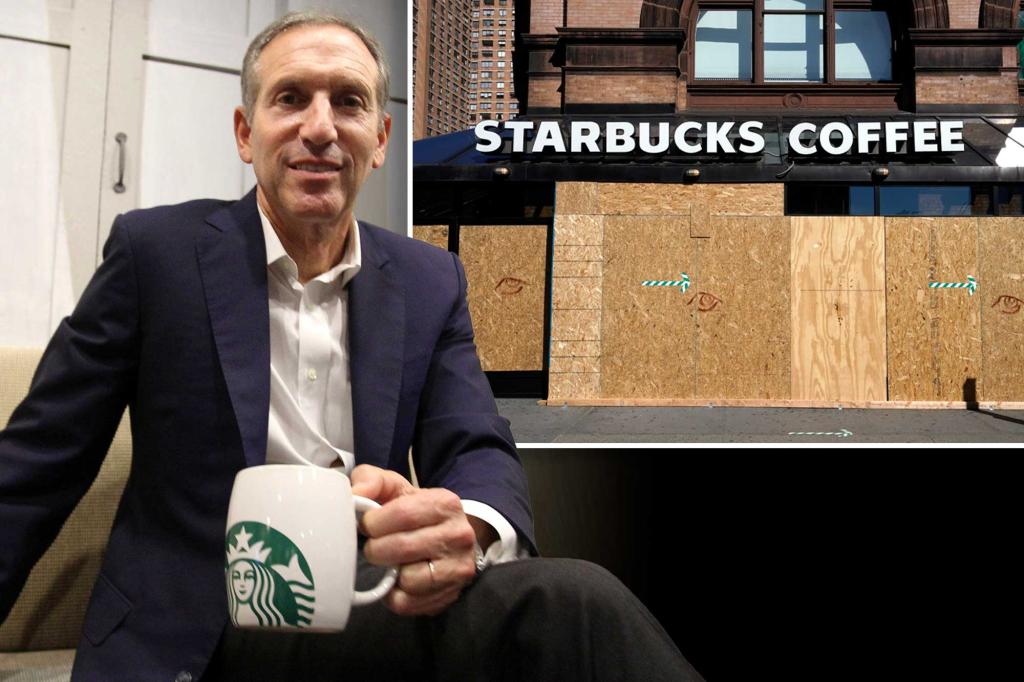 Howard Schultz should have listened to me.

Ten years ago I wrote a book in which I observed that one of New York’s most infamous and intractable municipal problems – its lack of public restrooms – had been partly solved by the sector private, and by one company in particular: Starbucks. That was the case in my neighborhood, at least: every afternoon the Starbucks in Park Row and Beekman had a queue of ten or twenty toilets, mostly European tourists carrying Century 21 shopping bags – it must have be in a guidebook somewhere. .

It was a classic case of the private sector creating a public good while attracting new customers. But the public sector must also do its part when it comes to basic services such as public safety. Starbucks CEO Howard Shultz has always championed the kind of sentimental urban progressiveness that has helped turn public spaces in cities such as Portland and Philadelphia — and, sadly, New York — into shelters for part-time homeless people and in makeshift psychiatric wards.

And now his company is paying the price.

Just a few years after opening all of its bathrooms to the general public in a big gesture of social justice, the coffee chain is closing stores across the country – mostly in major progressive cities run by Democrats – as places have become too dangerous. for customers and staff. Homeless people camp out in toilets or make crazy scenes in cafes. So many junkies use Starbucks restrooms to get high that the company has been forced to install needle boxes in some of its stores – Welcome to Portland! – and the employees who had to clean up this mess complained, rightly, of possible exposure to HIV and hepatitis.

Schultz, who describes himself as a “lifetime Democrat” and is interested in the issues you’d expect the Starbucks CEO to deal with – gay marriage, climate change, etc. – played several times with the candidacy for the presidency. , and promised a policy based on a “deep level of compassion and empathy for the American people.”

But what Americans need from their government is not compassion and empathy. Americans need safe streets, clean and orderly public places, effective law enforcement, and the safety of their lives and property. It’s not the kind of thing you get from Kshama Sawant and the Socialist Alternative crackpots in Seattle city government – it’s the kind of thing you get from the practical and stubborn city leaders of the kind Rudy Giuliani used to be before he decided to become Donald. Trump’s Drunk Monkey Butler.

They’re closing five Starbucks stores in Seattle, the chain’s hometown — and, so far, they’re not closing any in Provo, Utah. There is a reason for this.

There are rumors that this is a covert campaign against union organizers in Starbucks stores, but I think Schultz is beginning to understand in a practical way what democratic governance means to a big city: he complains that the municipal governments in question have “abdicated their responsibility” for law enforcement and mental health. Yes they have.

But so is Howard Schultz, who was bullied into issuing a creeping apology after Starbucks employees in Philadelphia refused to let two men, who hadn’t bought anything, use the cafe’s restroom. The men were black and were arrested when they refused to leave. Starbucks apologized, changed its restroom policy, fired the employee who called the police and paid the two men an undisclosed sum of money. That is to say, Starbucks has complied with precisely the kind of nonsensical woke cultural politics that is ruining cities where Starbucks now finds itself forced to close stores.

Portland and Seattle won’t enforce the order in their cities — and Starbucks won’t enforce the rules in its own stores, because it puts the company on the wrong side of sophomore social justice sensitivities that Howard Schultz sadly shares.

Woke capital plants the seeds of its own destruction – and cowardice is its own punishment.

Kevin D. Williamson is the author of “Big White Ghetto: Dead Broke, Stone-Cold Stupid, and High on Rage in the Dank Woolly Wilds of the ‘Real America’.”