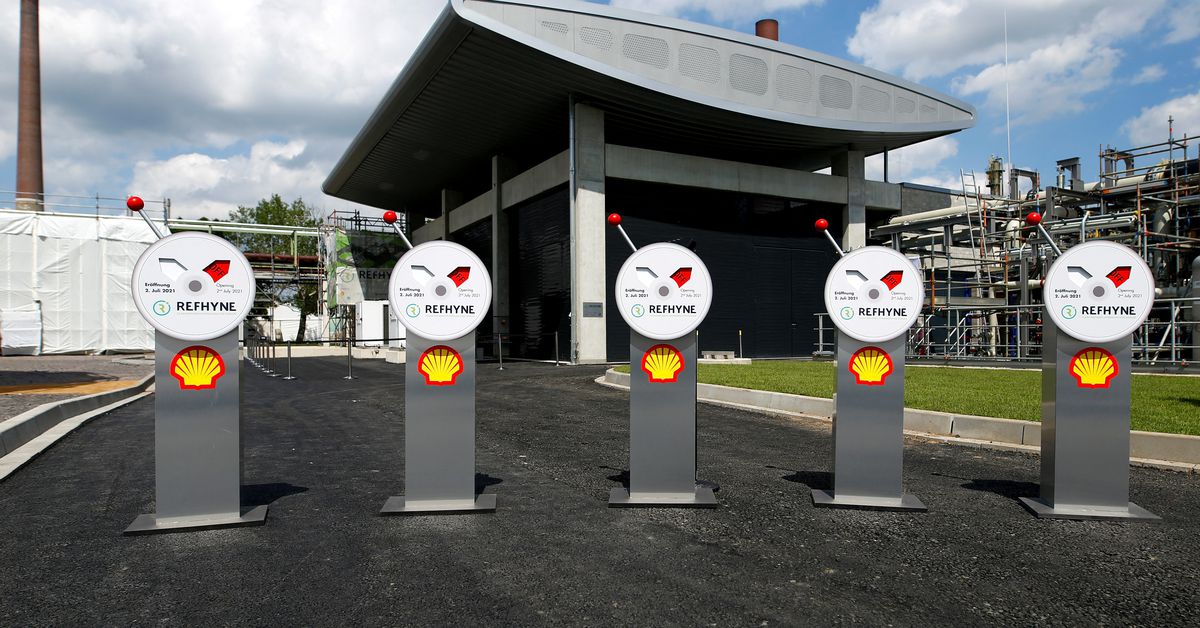 The hydrogen electrolysis plant called ‘REFHYNE’, one of the world’s first green hydrogen plants, is pictured during a launch event at the Shell Rhineland Refinery in Wesseling near Cologne, Germany , July 2, 2021. REUTERS/Thilo Schmuelgen/

SINGAPORE, July 29 (Reuters) – Shell (SHEL.L) said on Friday it would form a joint venture with Chinese group Shenergy to build a hydrogen refueling network in Shanghai, the first of its kind for the European major. energy in Asia.

The joint venture plans to build six to 10 hydrogen refueling stations in Shanghai and the surrounding Yangzte River Delta over the next five years and up to 30 stations by 2030.

These 30 stations could supply hydrogen to around 3,000 trucks or buses each day, Shell said in a statement.

The new entity will source short-term, low-emission industrial by-product hydrogen from local chemical plants and seek to produce and supply green hydrogen – from renewables such as solar and wind – long-term, Shell added.

The Shanghai Municipal Government Center announced in May that the Chinese financial hub is targeting 70 hydrogen refueling stations and more than 10,000 fuel cell vehicles by 2025.

The public group Shenergy is the leading distributor of electricity and natural gas in Shanghai.