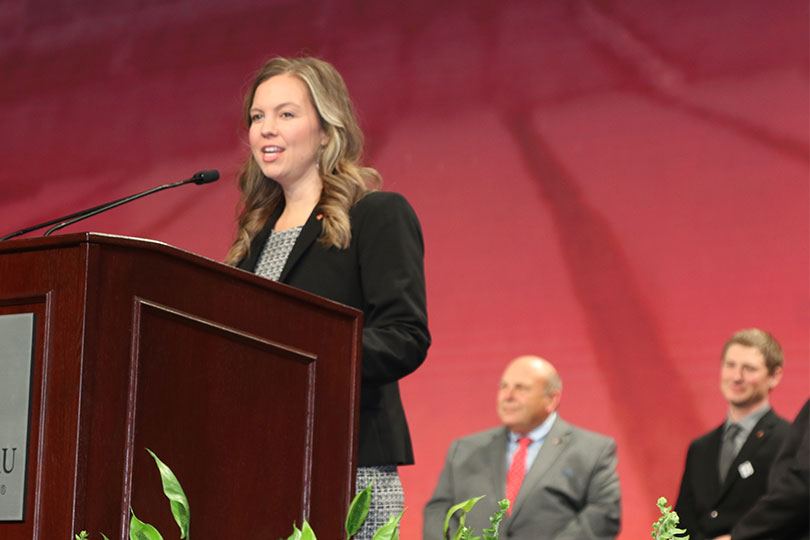 Schwertner will chair the AFBF young farmers and breeders committee

A Texan has been elected chairman of the 2022 American Farm Bureau Federation (AFBF) Young Farmers and Ranchers (YF&R) Committee.

Alisha Schwertner of Runnels County is the first Texan to lead the national committee.

“This is a once in a lifetime opportunity, and something so humbled. I am honored to have been elected by our committee to fill this role,” Schwertner said.

She was elected to this position by her fellow members of the YF&R National Committee, which is a program within the Farm Bureau that provides networking and leadership development opportunities for the advocacy organization’s next generation leaders. basic. His one-year term begins in February at the end of the AFBF YF&R conference.

As president, Schwertner will sit on the AFBF board of directors, help guide the national committee in its activities for the year, and serve as a spokesperson for the national YF&R program.

“We’re responsible for running the contests and finding new ways to engage young farmers and ranchers in Farm Bureau and to really engage and retain those members,” she said. “The average age of a farmer is not getting any younger, and it is important as the next generation of farmers and ranchers that we continue to work to gain and retain members of the Young Farmers & Ranchers program for Farm Office.”

She and her husband, Eric, grow cotton, corn, sorghum, wheat and hay. They also manage a small herd of cow-calves.

In addition to helping out on the farm, Schwertner is a product manager for John Deere.

The couple have three young boys: Lane, Caleb and Eli.

“I am excited about the opportunities this position will bring. I’m passionate about agriculture and I’m passionate about Farm Bureau,” she said. “The reason Eric and I are so involved with Farm Bureau is because it’s the future of farming. Our children are the reason we do what we do. And our farm is why we’re so involved in the Farm Bureau, working to influence the policies that will shape what happens to our farm in the future.

In 2021, Schwertner was appointed to the AFBF YF&R Committee by AFBF President Zippy Duvall after being nominated by the Texas Farm Bureau (TFB).

The Schwertners are also ex-officio members of TFB’s YF&R committee.

For more information about programs and opportunities for young farmers and ranchers in Texas, visit texasfarmbureau.org/YFR.