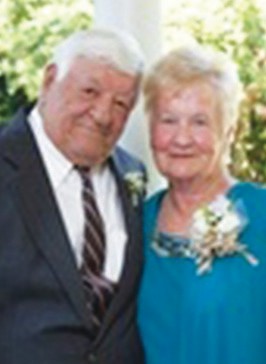 Mrs. Relda Alday King, 80, of Donaldsonville passed away on Saturday, September 24, 2022, at her residence surrounded by her loving family.

A memorial service was held Monday, September 26, 2022 at 2:00 p.m. at the Evans-Skipper Funeral Home Chapel with the Reverend Tim Bell officiating. The family held a visitation at the family residence immediately after the service. The address is 3238 Old Jakin Road, Donaldsonville.

Mrs. King was born in Donaldsonville on December 29, 1941 to Aubrey and Inez Runnels Alday. She graduated from Seminole County High School and retired after 25 years of service at Seminole County Elementary School as a paraprofessional. Mrs. King loved her family, especially her grandchildren and great-grandchildren. She loved to golf and fishing was her favorite sport, apart from Georgian football. Ms. King was a member of Friendship United Methodist Church.

Ms King was predeceased by her parents, Aubrey Alday and Inez Runnels Alday; her husband of 62 years, Larry King, Sr.; her brother, Benny Alday; and BoBo the dog.

The family would like to express their sincere thanks to Agape Hospice, Louise Reynolds and Sherry Delk for their compassionate and loving care of Mrs King.

Evans Skipper Funeral Home was in charge of the arrangements.