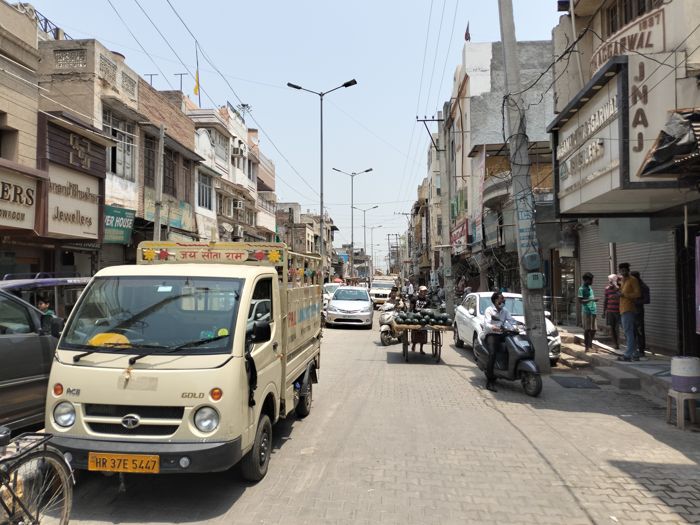 Congested lanes, lack of parking spaces and haphazardly parked vehicles in the busy Sadar market of Ambala cantonment have become a hardship for commuters. People including traders park their vehicles on the side of the roads leading to traffic jams in the market.

The administration should take action against those who leave their vehicles unattended on the roads. —Sumit Gupta, a commuter

A multi-level parking lot is under construction and a section of the facility will go into service in 10 days. —Sachitn Gupta, ADC-Cum-Administrator of Ambala Sadar Municipal Council

Four-wheeled vehicles can be spotted parked unattended on Nicholson Road, DC Road, near Ram Bazaar and other areas of Sadar Bazaar. Resident Rajender Singh said, “Sometimes it becomes difficult to negotiate the vehicles through the poorly parked vehicles and it leads to a complete roadblock. It also impedes the flow of emergency vehicles. A multi-level car park is under construction, but even after missing several deadlines, the project is not yet complete. Sumit Gupta, a commuter, said: “The administration should take action against those who leave their vehicles unattended on the roads. During any VIP movement, police and city council officers ensure that no vehicle is wrongly parked and that no trader’s product exceeds the permitted limit, but routinely little attention is scope. A manager said: ‘The lack of parking space has been a major problem. People claim that there is no parking available and in this situation they have no choice but to leave their vehicles in the market. Moreover, the traders also start protesting if the policemen stop them from parking their vehicles in the market, they start calling the local politicians and also threaten to close the market if any action is taken. »

Haryana Urban Local Bodies Minister Kamal Gupta who visited Ambala on Friday also asked officials to collect information on government and private parking spaces as well as data regarding the capacity of the spaces. parking. He also asked them to check if there were banks in major markets, coordinate with bank officials and ensure vehicles were parked properly so other commuters would not experience any inconvenience.