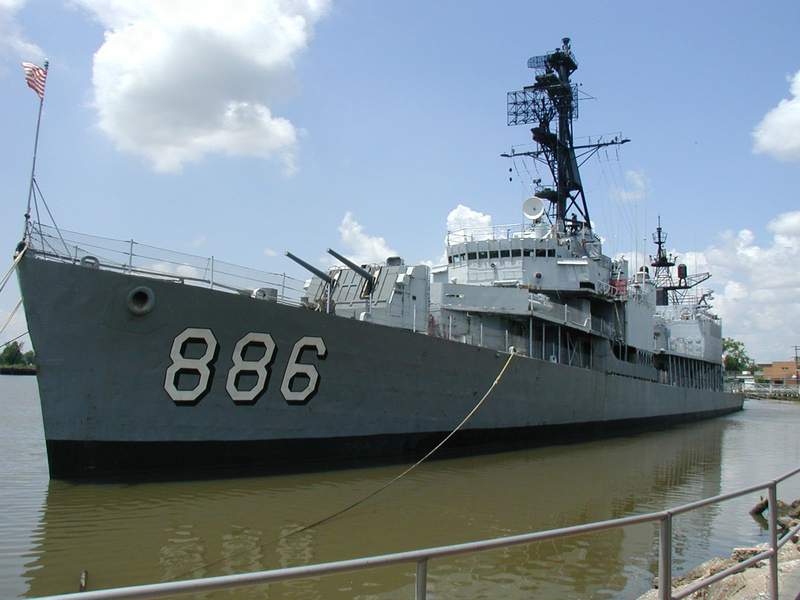 Organizers gear up as Jacksonville Naval Museum gets closer to reality

JACKSONVILLE, Florida –Justin Weakland is thrilled because Jacksonville’s unique naval museum could be off the St. Johns River before the end of the year.

Weakland, the current vice president of the Jacksonville Historic Naval Ship Association, said the centerpiece of the museum will be the USS Orleck.

“The orders have already been approved, so now the next big step is to dry her up to Texas and inspect her, to make sure she’s ready to go for the next 10 years as a ship. -museum, ”Weakland said. “The Orleck is a historic bold ship for the Bold City.”

The Orleck Museum Ship will be dry docked in Port Arthur, Texas, where its hull will be inspected to ensure it can make the trip to Florida and continue to serve as a museum ship. According to a press release, the ship’s dry dock is scheduled for November 1.

The vessel’s inspection is expected to be completed by November 3-4. If deemed fit for use as a museum ship, she will then embark on a 10-day tow from Texas to Florida.

“It was built in WWII, served in Korea, served in Vietnam, and then served in Desert Storm with the Turkish Navy,” Weakland said. “She is the most decorated Navy ship after WWII. It’s incredible. People just don’t know because it’s in a small town. Now we’re going to bring him to this big city that has a huge Navy presence, so that will be great. “

When the ship arrives in Jacksonville, it will be moored aft, starboard side of “Pier 1,” which is adjacent to Berkman Marina along East Bay Street in the old downtown shipyard district. of Jacksonville. The exact date of arrival is still uncertain.

Preparations for the museum once docked at the pier are expected to take two to four weeks, but could be extended.

To fund the only US Navy warship museum in Florida, the group has $ 2.5 million: $ 1 million from the state of Florida and $ 1.5 million in loans and creditors.

The museum will serve as a gathering place for naval associations, crew meetings and military conventions. It will support veterans as a local hub for resources and networking.

People could be on board as early as January.