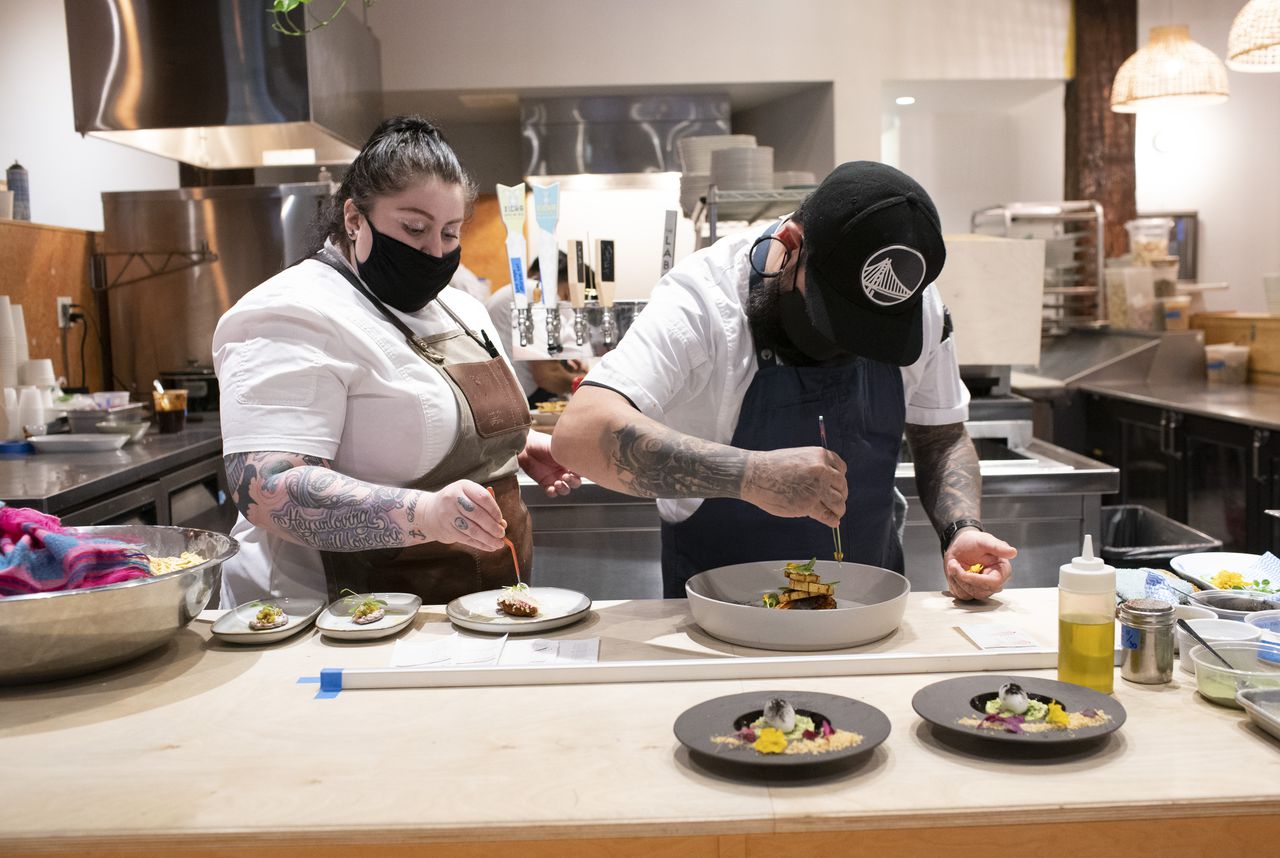 Hundreds of Oregonians claimed Thursday that the government has exceeded limits, as state health authority officials consider extending the current indoor mask requirement indefinitely due to the coronavirus pandemic. COVID-19.

The Oregon Health Authority held a public hearing on the proposed “permanent” mask rule for public indoor spaces, regardless of people’s vaccination status. Although the word “permanent” is used, officials say the rule can be overturned when deemed “no longer necessary” by health authority officials.

However, currently there is no set expiration date or specific metrics for when the rule could be lifted if the OHA makes it permanent.

Anyone who violates the proposed rule will be subject to civil penalties of up to $500 per day per violation.

More than 350 people – ranging from stay-at-home parents, registered nurses, a speech pathologist, teachers and business owners in rural and urban areas – attended the virtual public hearing and objected with vehemence to the rule.

Many of the people testifying cited studies, anecdotes and quotes against masking. Most were frustrated and some officials threatened.

“Take it off and don’t force it,” said Angela Todd, communications manager for a grassroots group called Free Oregon. “And I promise you, if you push this all the way, we’re coming for you.”

Oregon health officials and the federal Centers for Disease Control and Prevention say wearing masks indoors can help reduce the spread of COVID, especially since the highly contagious variant of the omicron causes a spike in cases.

The proposed permanent rule emerged to address a technical glitch in state law that requires the current temporary to expire in early February — after the predicted peak of the omicron wave.

The temporary rule was adopted in August 2021 in response to the rapid spread of the delta variant. Oregon’s law gives the health authority the power to implement public health rules such as the mask mandate, but the agency is only allowed to leave temporary rules in place for 180 days.

“Until now, masking was a temporary measure reviewed and renewed every 180 days. It puts a time crunch feature in every mask warrant forcing you to review current evidence and hear public opinion,” West Linn resident Aden Nepom said in opposition.

This is not the first time there has been public outcry over a ‘permanent’ mask rule.

In May 2021, Michael Wood, the administrator of the state Department of Occupational Safety and Health, indefinitely extended a workplace rule requiring masks and social distancing at all businesses.

Oregon has implemented some of the strictest COVID-19 restrictions and safety measures throughout the pandemic. State officials have attributed the state’s success in reducing the number of COVID-19 cases, hospitalizations and deaths — compared to other states — to safety measures.

At least nine other states — including California, New York and Washington — require most people to wear masks in indoor public places, whether or not they’ve been vaccinated against COVID-19.