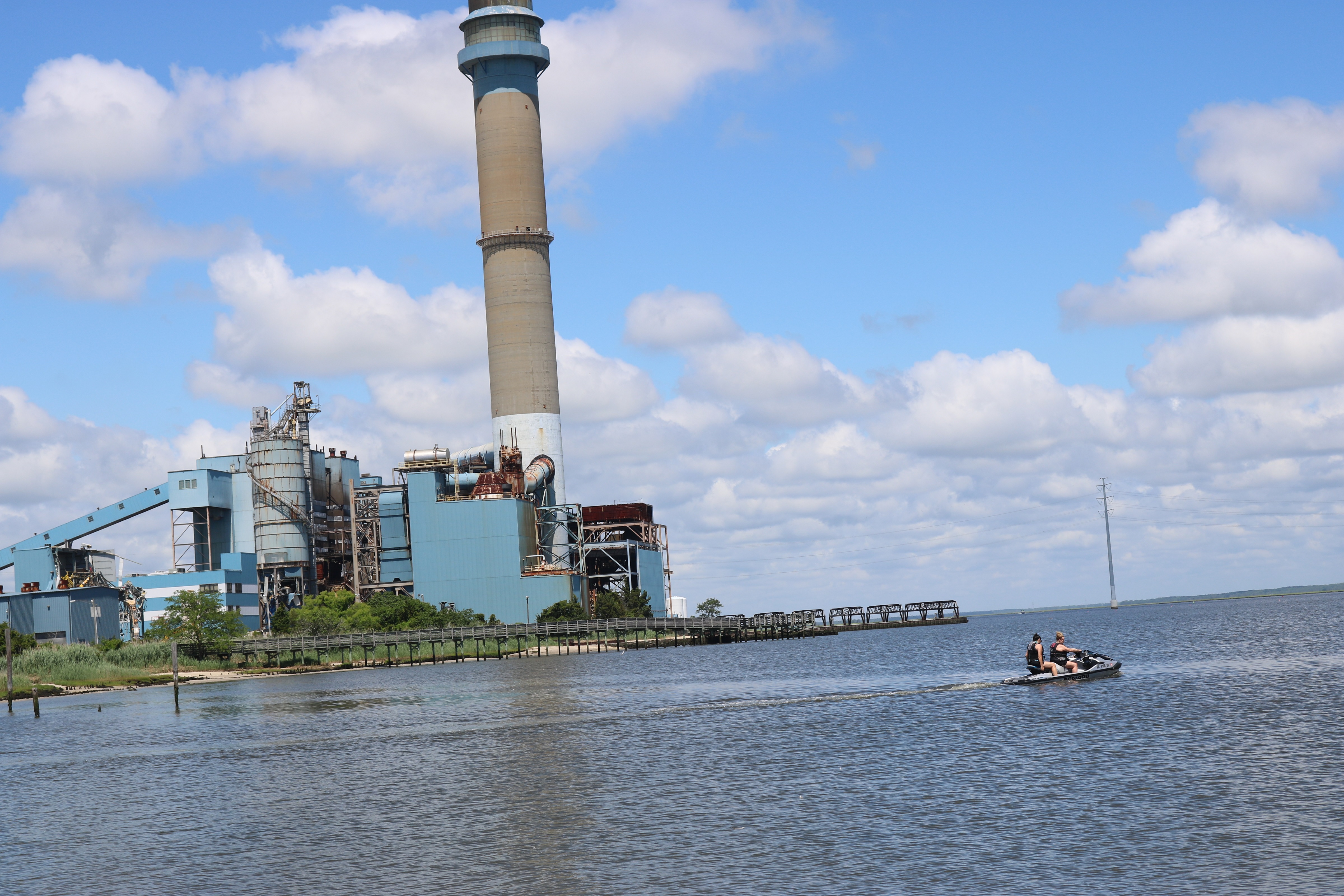 Ocean City continues its battle against the offshore wind farm

Ocean City has stepped up its fight against an ocean wind farm project by criticizing the project’s developer’s plans to build an underground transmission line that would land on the beach and run through town.

In an online hearing held Friday by the State Board of Public Utilities, the city’s lead attorney accused Ocean Wind LLC of proposing a route for the transmission line at 35th Street simply because it would be the cheapest option for the company.

“It appears Ocean Wind is promoting the most economically expedient route. This is a self-serving approach at the expense of Ocean City,” said Dorothy McCrosson, city attorney.

On February 2, Ocean Wind filed a petition with the BPU to install the transmission line through Ocean City to connect the offshore wind turbines to a substation next to the disused BL England power station in Upper Township.

Orsted, the Danish energy company overseeing the wind farm, plans to run a transmission line under the seabed and bring power ashore via cable to the beaches of 35th Street. Orsted has not publicly disclosed how much the transmission line will cost.

The Underground Cable would travel west to Bay Avenue, north on Bay Avenue to Roosevelt Boulevard, west across Peck Bay to the Roosevelt Boulevard Bridge, then continue on Route 9 to the property near the former BL England power station, according to Orsted’s petition.

Ocean City officials have been among the staunchest opponents of the wind farm project, fearing it will harm tourism, real estate values, the commercial fishing industry, migratory birds and marine life . They also fear that the gigantic wind turbines that would pass near Ocean City 15 miles offshore could create a visual blight when viewed from land.

(Video of the State Board of Public Utilities hearing on the offshore wind project).

Escalating the battle with Orsted, McCrosson argued at the BPU hearing that the transmission line would disrupt environmentally sensitive areas of the Ocean City waterfront and wetlands. Ocean City officials want Ocean Wind to instead run the transmission line through what they believe is a less harmful route that would take it through Great Egg Harbor Inlet.

“Ocean Wind’s failure to even consider the opinion of elected officials from Ocean City, the affected community, as to the preferred route should come as a surprise to this council when Ocean Wind has other options” , McCrosson told BPU commissioners.

Ocean Wind attorney Gregory Eisenstark has repeatedly pointed out that the company believes the proposed route along 35th Street would be the best option for running the transmission line through Ocean City and would only minimal impact on local residents.

“All parts of Ocean City will be underground,” Eisenstark said. “Once construction is complete, the lines will no longer be visible – you won’t see them, you won’t hear them. You really won’t know they are there.

In response to Ocean City’s proposal to run the transmission line through Great Egg Harbor Inlet, Eisenstark said the plan would be fraught with environmental and construction pitfalls and would also interfere with boat traffic in the waterway. .

The BPU is considering Ocean Wind’s petition to approve the transmission line along 35th Street Road based on whether the plan is “reasonably necessary” for construction of the offshore wind farm. A decision will be made later, but the BPU has not announced a date.

“The board takes this responsibility very seriously and is committed to providing a fair and transparent process,” BPU Chairman Joseph Fiordaliso said during the nearly 90-minute hearing on Friday.

McCrosson argued that the BPU lacked the power to make a decision on the transmission line and said the dispute should instead be referred to the New Jersey Office of Administrative Law.

“The city respectfully questions the authority of the BPU to consider Ocean Wind’s petition seeking permission to obtain an easement over the city’s beach and fragile wetlands and its environmental permit consents,” a- she declared.

The wind farm is currently in the planning and permitting phase and is expected to be completed by 2024. It would stretch offshore from Atlantic City to Stone Harbor, passing through Ocean City in the process. Orsted plans to build a 1,100 megawatt project that would create thousands of construction jobs and power more than 500,000 homes.

Orsted and Ocean City officials have negotiated on and off over the past three years over the wind farm, but have been unable to reach a settlement.

“Unfortunately the parties were unable to reach an agreement, and that is why we are here today,” Eisenstark said.

Last August, Ocean Wind submitted a formal written request to Ocean City to obtain local approvals for the project. However, they were unable to obtain the required easements, consents and associated actions from Ocean City, according to Orsted.

Governor Phil Murphy signed a bill last year allowing offshore wind farm projects to receive their regulatory approvals without having to go through local municipalities to get their consent.

The result angered some local officials in Ocean City and other cities. City council members repeatedly complained that the bill stripped Ocean City of its right to “self-reliance.”

McCrosson raised strong objections to the state’s bill, denouncing it as “rushed through” legislation that largely purports to supersede all other laws, rules and regulations.

“It deprives elected municipal officials of the power to decide whether Ocean Wind, a private corporation, can take municipal property rights in Ocean City in complete disregard of the will of the governing body and its constituents,” McCrosson said.

In rebuttal, Eisenstark claimed that Ocean City was trying to inject a series of problems into the hearing at the last minute and that most of McCrosson’s “false objections” to the Ocean Wind project should be struck from the record. He said Ocean Wind planned to file a formal objection with the BPU against McCrosson’s statement.

“They had the ability to raise these issues months ago. They didn’t and they shouldn’t be given the opportunity to prolong this procedure because of their own inaction,” Eisenstark said of Ocean City.

McCrosson responded that his objections simply extended to concerns previously raised by Ocean City about the project. She also said some of the city’s concerns were based on the findings of a 1,400-page environmental impact statement on the wind farm released this week by the federal Office of Ocean Energy Management.

“BOEM will review this draft Environmental Impact Statement and consider public comments as they work to make a final decision on the fate of the project by April 2023. Whether you are for, against or unsure, this worth watching this report for more,” Mayor Jay Gillian said Friday in a statement urging residents of Ocean City to read the study.

More information on how to view the BOEM document and comment is available here.