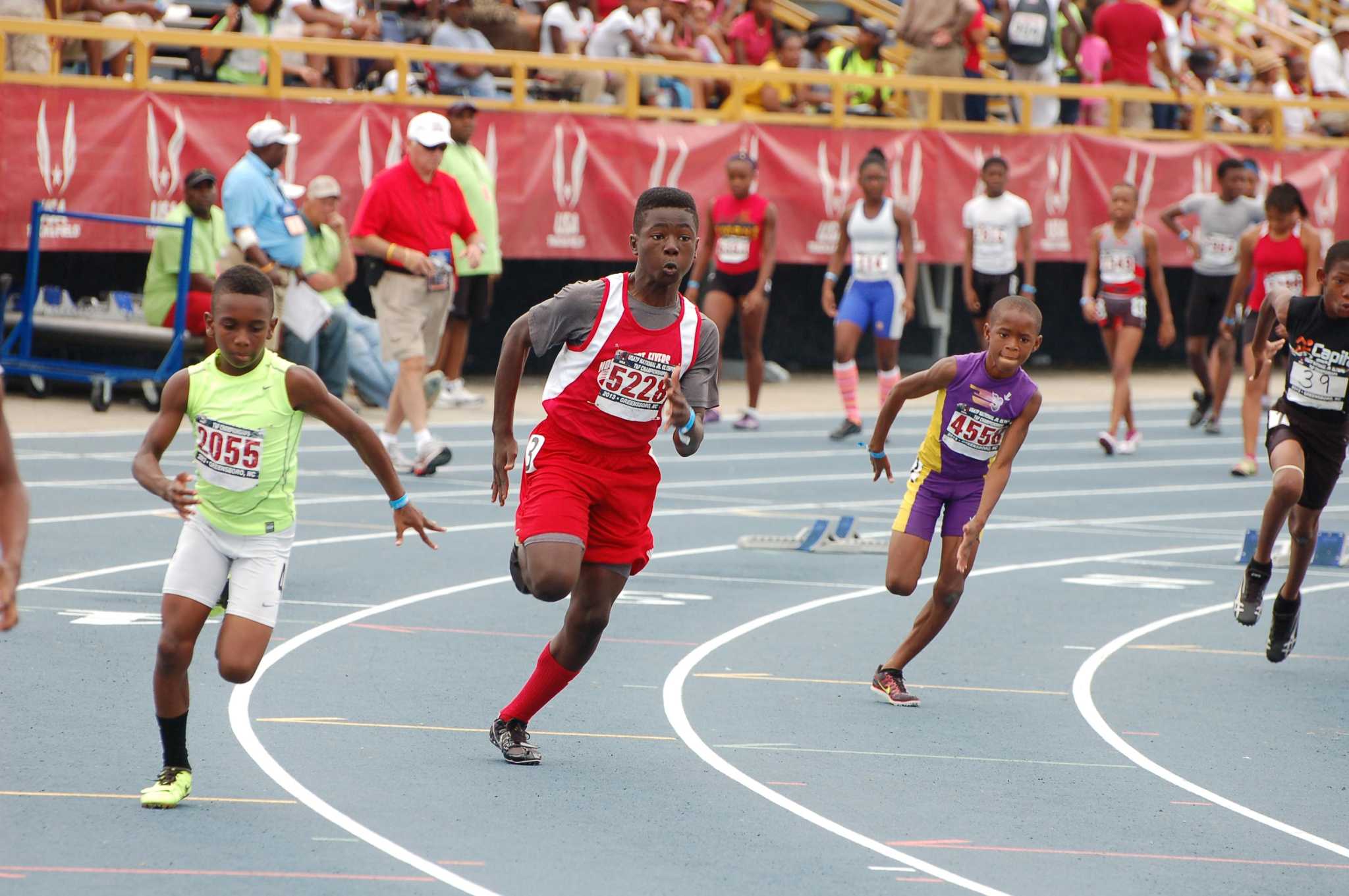 Jayda has always been a fast runner and Raquel Runnels said she was thrilled to join us. Jayda placed third nationally in the triathlon in her first year with the club. She is one of many athletes who compete and excel on the track.

“We were beyond thrilled,” said Runnels, who serves as outreach coordinator. “Watching her become a leader has been so much fun. We are so proud of her.

The Northwest Flyers Track Club is scheduled to hold its 35th annual kick-off event at 8:30 a.m. on Saturday, February 5, to introduce the community to the 2022 track and field season.

The athletics club was founded in 1987, with the help of two-time Olympic gold medalist Fred Newhouse.

Newhouse is a graduate of Prairie View A&M University which won gold in the 4×400 meters relay and silver in the 400 meters at the 1971 Pan American Games and then at the 1976 Olympics. Runnels said he was a strong supporter youth sports, as his hope was to motivate young people through athletics.

Pal Roach, senior adviser and former senior manager, said Newhouse was inspired to start the club after he was unable to find a good sport for his two daughters and helped start the club for them and their friends who loved running.

Runnels is thrilled to be part of the organization. The coaching staff is amazing, she said, and has helped Jayda become an elite athlete.

“It’s amazing to see her and her teammates come out of their shell and grow into confident leaders. They go out into their communities and teach other athletes how to win and lose with grace,” Runnels said.

The Northwest Flyers Track Club started with fewer than 10 kids, Roach said, but quickly grew. The club continued to grow and expanded membership to boys as well.

They are now a youth club of USA Track & Field, which is the sport’s national governing body that supplies the country’s Olympic athletes. That puts them in the U.S. athletics youth development system, Roach said, paving the way for U.S. Junior Olympics qualification.

“Many children aspire to qualify and participate in the national athletics championship. The way to do that is through the USA Track & Field youth athletic club system,” Roach said.

The 35th anniversary event is set to kick off with a breakfast.

Like every year, Roach said there will be a highly accomplished motivational speaker in life and sport. Alumni and collegiate athletes who were on the team also make appearances.

The club meets new parents and future athletes, Runnels said, to talk about the season, what to expect and allow team members to meet and welcome new families.

“Our coaches discuss our training and fitness requirements,” Runnels said. “We will hear from some of our alumni who have gone on to compete at the college level. Also, many of our athletes competing in different districts are excited to see each other again. »

The athletics club is currently recruiting, Runnels said, and expects nearly 50 members to return, starting Jan. 14. She said most of the members come from the Cypress, Tomball, Klein and Spring areas.

Any child, boy or girl, ages 6 to 18 can participate, preferably from the northwest Houston area, Runnels said.

According to Roach, the club averages about 250 athletes each season. He said they also had competitors from as far away as The Woodlands, Magnolia and Katy.

Members meet and train using facilities at Cy-Fair and Klein ISD on weekdays, Runnels said, with competitions on Saturdays.

“Track and field is rarely a sport where you have teammates like in basketball or football, but the Flyers are helping to transform a traditionally solo sport into something where you have an entire team celebrating personal bests and growth and understands that they are just as important as medals and trophies,” Runnels said. “Personal growth and the celebration of accomplishments are important for building self-esteem and confidence in children.”

Athletes compete in the greater Houston area, Raquel Runnels said, through June, where the top competitors will move on to regional competition followed by Junior Olympic competition in July.

The club includes athletes who compete in all athletics events, from sprints and hurdles to jumps and throws.

“We have so many talented kids,” she said. “One of our daughters, Trina Hubert is actually the gold medalist in disc, 3 times!”

With a quality program in place, Roach said athletes are successful competing at the local, state and national levels year after year. There are national champions and several national records that are held by athletes or alumni of the program. Several alumni also participated in the recent US Olympic trials.

One important program that Roach said the Northwest Flyers participate in is the “Win With Integrity” program, a nationwide initiative to get kids active, healthy and fit, sponsored by USA Track and Field and the American College of Sports Medicine.

“Our coaches, team and staff are working with our parents to make this club a family,” she said. “Our team is a 501(c) non-profit, and every position is filled by volunteers. We are so lucky to have such amazing families!

There are even former members who are now bringing their own children to participate.

To register for the launch event, visit nwflyerstrack.ticketleap.com/nwf-kickoff-2022. For more information on the Northwest Flyers Track Club, visit northwestflyers.org.