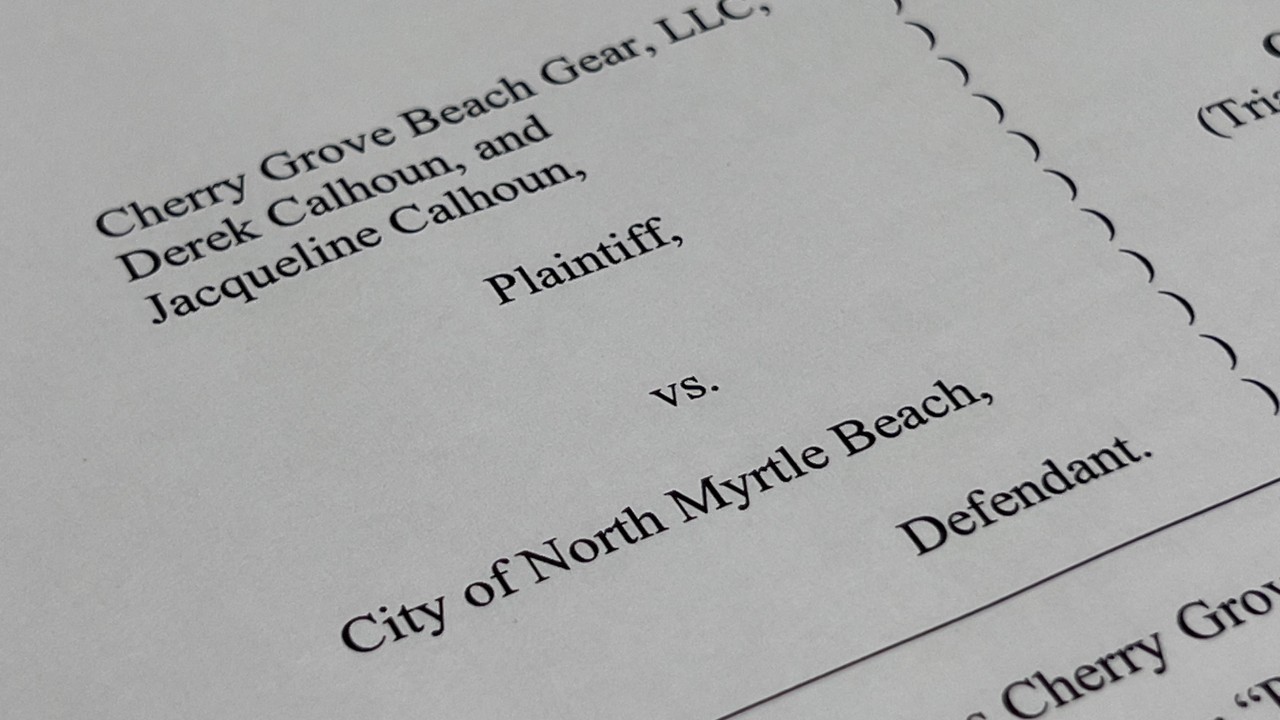 NORTH MYRTLE BEACH, SC (WBTW) – North Myrtle Beach has responded to a federal lawsuit filed last week by a beach equipment company that says an order amended by the city in June prevents it from making business on the beach.

The lawsuit, filed by the owners of Cherry Grove Beach Gear, accuses the city of enacting the ordinance to “restrict competitive business practices” so the city can have a monopoly on beach gear rentals and seeks a injunction to prevent the city from enforcing it.

In a court filing on Friday, the city said “the ban on the delivery and installation of beach equipment is an appropriate exercise of the city’s broad self-governing powers to enact measures to improve the safety and enjoyment of the millions of people who visit the city’s beaches each year.

“It existed long before the plaintiffs started doing business in 2019. Other beach equipment companies comply with the law by delivering items to where their customers are staying. But the plaintiffs don’t like the law, so they refuse to abide by it. And they turned their ongoing violations of the law into a marketing tactic, happily announcing each quote on social media under the hashtag #outlawbeachlife and asking
people to contribute for the fines they deliberately incur.

The city also says granting the company’s injunction request would hamper its ability to “protect and preserve its beaches and the many people who visit them.”

The company also argued in Friday’s filing that the lawsuit failed to meet the basic requirements for an injunction.

In its response, the city also noted that Myrtle Beach and Horry County are among other South Carolina government entities that restrict “commercial activity” on beaches.

The lawsuit claims the city earns between $1.5 million and $3 million a year in revenue from beach rentals.