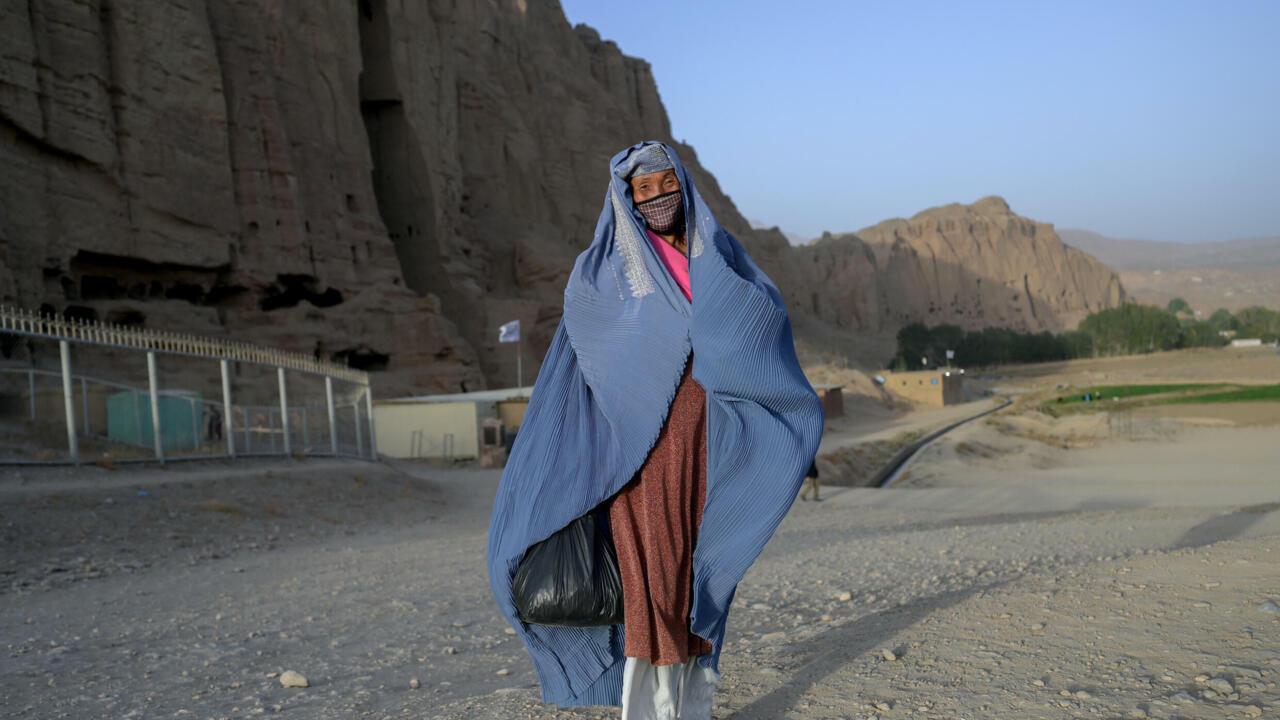 A black and white Taliban flag flies over the enlarged statue of a revered Hazara leader at the entrance to Bamiyan in central Afghanistan.

Since radical Islamists came to power seven weeks ago, they have repeatedly promised a more moderate and inclusive regime than during their last visit, when minorities were brutally persecuted.

But the Hazara community members here don’t believe them.

â€œEveryone is terrified,â€ said Najwa, a 26-year-old local journalist who is now unemployed.

“It is impossible to believe them. For the Hazaras, and especially for us women, there is no more hope.”

She and other Hazaras fled into the mountains when they first heard that the Taliban were coming, but a week later they returned.

As a member of the Bamiyan Film Academy, Najwa could have been evacuated to France like many of her peers but, hidden in nature, she missed a vital call.

The new Afghan leaders have declared a general amnesty and promised reforms.

But fears abound that they will repeat the brutal repression of minorities and women seen under their former rule from 1996 to 2001.

“We know there have been kidnappings, murders,” Najwa said.

The Hazaras, who represent up to a fifth of Afghanistan’s approximately 38 million people, have been persecuted in the country for centuries.

They have suffered massacres under the rule of several Afghan governments over the past decades, but especially under the Taliban – hardline Sunni supporters who view the predominantly Shiite ethnic minority as heretics.

Islamists carried out several massacres of Hazaras, most notably in the town of Mazar-i-Sharif in 1998, where Human Rights Watch says at least 2,000 civilians, mostly Hazaras, were executed.

Although nothing of this magnitude has been reported since the Taliban took control on August 15, an Amnesty International investigation released this week found that Taliban forces had killed 13 Hazaras, including nine former government soldiers who were in the province of Daykundi on August 30, in what “appear to be war crimes”.

But Musa Nasrat, Bamiyan’s acting governor and new police chief, insists the Hazaras have nothing to fear.

“It is true that at the beginning, people were afraid,” he told AFP, saying that all those who had fled at the start had returned.

“We told them, ‘Go back to your normal life. We are here to protect you,'” he said, insisting that “we are not enemies of the Shiites.”

The enemy of the Taliban, he said, was “the corrupt government” of ousted President Ashraf Ghani.

But now, “we have won. Peace will reign.”

In order to reassure the Hazaras, the new rulers made a Shiite, Mahdi Mujahid, the head of intelligence in Bamiyan province.

â€œMy community has nothing to fear,â€ he said, in his first statement on the work.

But it will take more than words to allay community fears.

“The history of our country is full of massacres and deportations of Hazaras.”

Yar, like so many others here, says he feels betrayed by the United States and its allies because of their hasty withdrawal in August after 20 years of fighting.

“We believed in their values, and they abandoned us,” he said, adding that he would leave if he could, “for the future of my children.”

The Taliban, he says, “will never change.”

The Taliban’s return to power came as a particular shock in Bamiyan, home to the famous giant and ancient statues of Buddha that the Islamist group dynamited during its last term in office two decades ago.

The provincial capital was among the cities that received the most international aid in the two decades following the ousting of the Taliban.

Women here outnumbered men in college, and they played sports like cycling and volleyball.

Bamiyan also had the country’s first female governor, Habiba Sarabi, who reigned here from 2005 to 2013. Today, she lives in exile in Turkey.

“So far, they haven’t done bad things,” said Abdulhaq Shafad, a 41-year-old local poet and member of a newly formed committee aimed at “solving the problems” with the Taliban.

But he warns that the situation could quickly deteriorate if countries begin to recognize Taliban leadership.

“The future is unpredictable,” he warns.

At the entrance to the city, the potato fields of Rajabali Sahebzadah are a stone’s throw from the ruins of the commemorative statue of Abdul Ali Mazari, a Hazara leader and eminent anti-Taliban fighter, anointed a martyr long after his death in captivity of the Taliban in 1995.

The Taliban have denied destroying the statue, the 25-year-old farmer says. “Nobody believes them.”