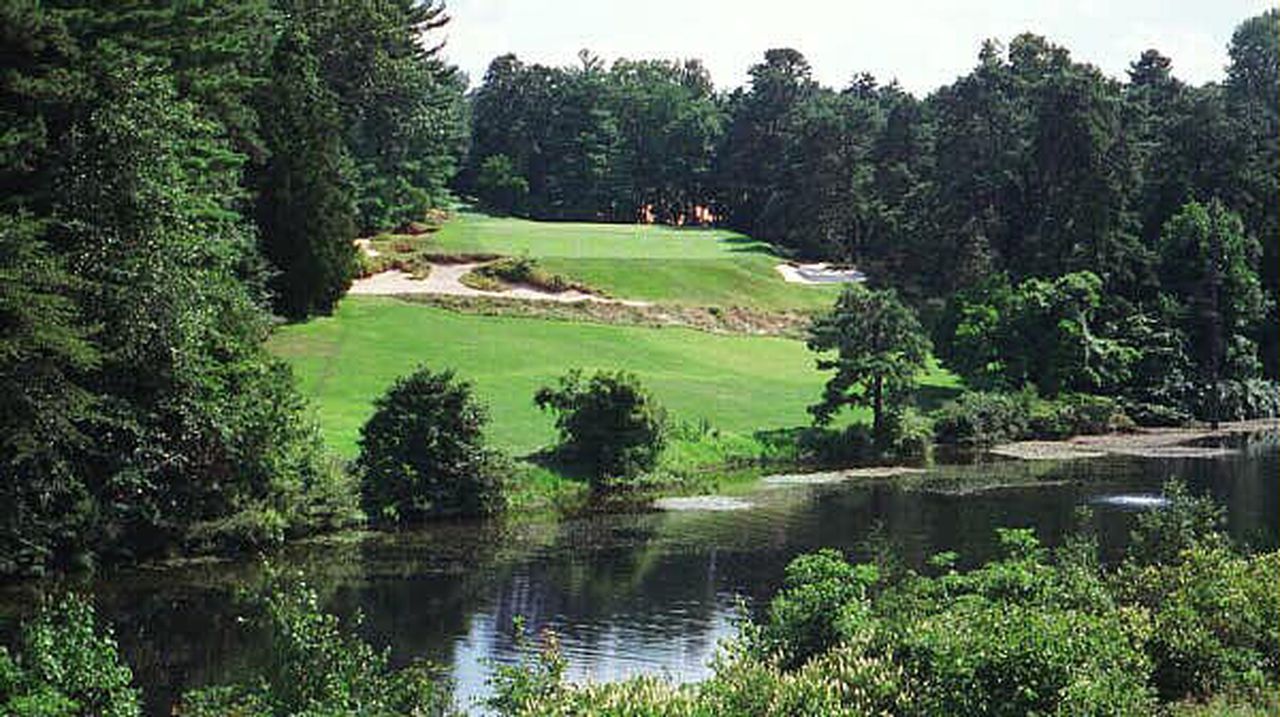 In 20th century New Jersey, that would have been an (illegal) bet with odds of 1,000 to 1. But now, two decades after the start of the 21st century, it’s actually going to happen:

Pine Valley is one of those “golf course” towns that are more or less unique to New Jersey. It’s so exclusive that in order to own a home there you have to be a member of its world famous Pine Valley Golf Club renowned for its hefty price tag. Another local example of a golf course is Tavistock (population 19), which straddles Haddonfield and Barrington, also in Camden County.

After asking “What took you so long?” Question, the fact that Pine Hill and Pine Valley exist as separate entities so far is a long-term symptom of our state’s incredible insistence on “home settlement.” This has created far too many municipalities and far too many school districts. This gave New Jersey a reputation for duplicate bureaucracy. This is best demonstrated by tiny school systems that each have their own superintendents and dozens of separate police departments that rival Sheriff Andy in the fictional Mayberry, NC in size.

As in the non-fictional South, part of the history of the New Jersey government stems from racial and social divisions. A separate reason for infinitesimally sized golf towns is where it is legal to buy and drink alcohol in a public place. It is no coincidence that Tavistock and his food club can be found next door to Haddonfield, which remains ‘dry’ – with the exception of 2014 for vineyard retail outlets – to this day.

In recent years, however, more and more taxpayers have realized the benefits of combining small towns and eliminating duplication of services. They have also relaxed local restrictions on alcohol bans, realizing the barrier they pose for thriving restaurants. Voters in Pitman and Moorestown (who just granted their first retail liquor license) rolled back their bans several years ago, but that’s a topic for a separate editorial.

While the upcoming Pine Hill-Pine Valley consolidation deserves applause, understand that these are incremental and slow-moving things. This merger alone will not have a major impact on reversing bureaucratic bloat or the worst theft of residents through property taxes. Why? Because Pine Valley is so small it doesn’t have its own school or police department. There is no fleet of full-time municipal employees.

The bulk of the work remains. Cities the size of Pine Hill (around 10,000) need to join communities of similar size, or those that are a little smaller (say, 2,000 to 7,500 people) to get the most out of wallets and portfolios. scale improvements in service delivery. The merger of Princeton Borough (12,000 inhabitants) and Princeton Township (16,000 inhabitants) in 2013 remains the gold standard. Voters said ‘yes’ and five years later officials said a substantial $ 3.9 million had been saved. This is all the more impressive as the municipalities already had a common school district before the municipal merger in 2013.

Because Pine Valley is so small, combining with Pine Hill does not require voter approval in either municipality. It is covered by the law of municipal consolidation with a low population density. The Pine Valley board of commissioners is expected to approve the merger tonight, and Pine Hill is expected to begin approval on October 4.

Local consolidation in New Jersey has been on the back burner since the onset of the pandemic. There were too many more urgent things to deal with. No one expects an accelerated surge before the November election. A unified Pine Hill / Pine Valley should serve as a reminder that there is a lot more to do, in much bigger places.

Our journalism needs your support. Please register today at NJ.com.

Send a letter to the editor of South Jersey Hours To sjletters@njadvancemedia.com