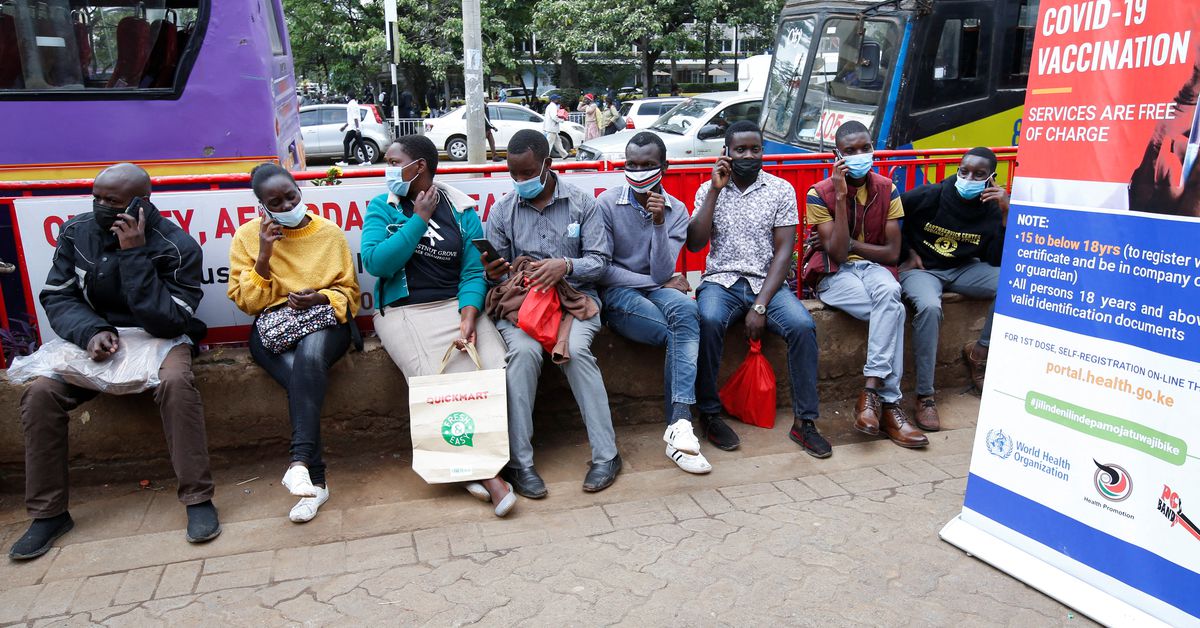 NAIROBI, Dec.23 (Reuters) – Kenya’s sudden decision to require proof of vaccination for access to public places and transport met with a combination of bewilderment, dismissal and occasional points of execution on Thursday as people were going home for Christmas.

Buses in the capital’s buses did not ask for vaccination certificates, but insisted that passengers were wearing masks and disinfecting their hands.

“We have not yet reached the stage of asking passengers to prove that they are vaccinated. Maybe we will start next year,” said bus driver Peter Wangari.

Register now for FREE and unlimited access to Reuters.com

The announcement on Wednesday night surprised many people, but comes amid an increase in COVID-19 cases. The test positivity rates on Thursday were 32.5%, down from 0.7% on November 21 when the edict was announced, the health ministry said.

But a court then suspended the rule amid uncertainty over who would monitor it or what to do with people unable to access vaccines. The decree remains in force despite the government’s latest announcement. Read more

At Westgate’s upscale shopping center, customers entered freely and only one of its half-dozen restaurants enforced the edict.

Eight people stood in front of Artcaffe as a woman dressed in a black uniform and sky blue mask demanded vaccination certificates. Six potential customers left frustrated. The woman said about half of their clients have been turned away.

“We started because the government expects us to do it, even though we are getting negative reactions from our customers who do not want to show their certificates,” Joyce Imbaya, director, told Reuters. “It’s okay, we’re going to lose customers, but in the long run we want our customers to be safe.”

About 9.2 million Kenyans are vaccinated, of which 3.7 million are fully vaccinated.

On Thursday, around 20 people stood in front of a tented vaccination site in the city center on Thursday. Many said they were already planning to get the vaccine, but a few said they did so to avoid travel issues.

“Tomorrow I am going home. I have been told that if I am not going to take the jab then I will not be allowed to travel,” businessman Peter Juma Amboka told Reuters.

On Thursday, the head of the African Centers for Disease Control and Prevention expressed concern that vacation travel could fuel the peak.

“The fourth wave, and potentially the fifth wave, begins just before the start of the holidays, and that is very concerning,” director John Nkengasong said in a briefing.

Register now for FREE and unlimited access to Reuters.com