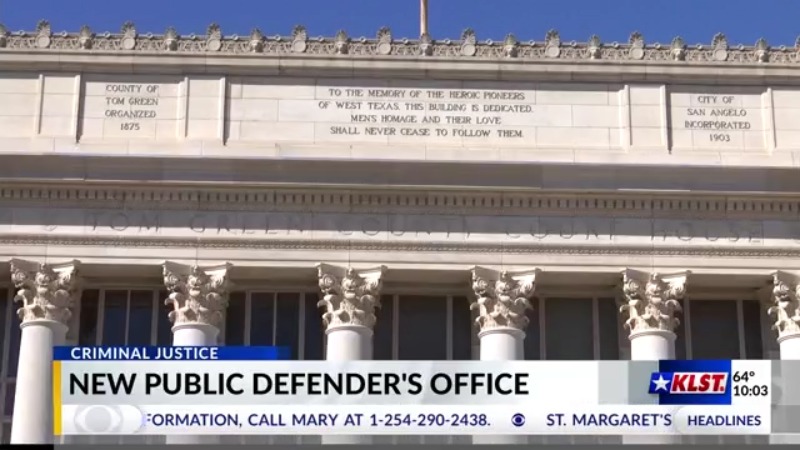 SAN ANGELO, Texas — After years of planning, the new Concho Valley Public Defender’s Office is slated to open in a few months.

Judge Floyd has been part of the process for years, as he has seen the cost of defending the indigent rise over the past nearly 30 years, from around $300,000 a year to nearly two and a half million.

The new office will provide public defense to Tom Green and six surrounding counties in the 51st and 119th judicial districts; including Coke, Concho, Irion, Schleicher, Sterling and Runnels.

A 12-member board of directors including an Angelo State University professor and Concho Valley business leaders will oversee the budget for the Concho Valley Public Defender’s Office. The state subsidy, for five years, will cover 80% of the costs of indigent defense in the first year and two-thirds of the costs for the following four years.

Judge Floyd says he very much expects the new office of the public defender to go a long way in stabilizing our criminal justice system.

Two years into COVID, was an $800 billion payroll relief plan worth it?