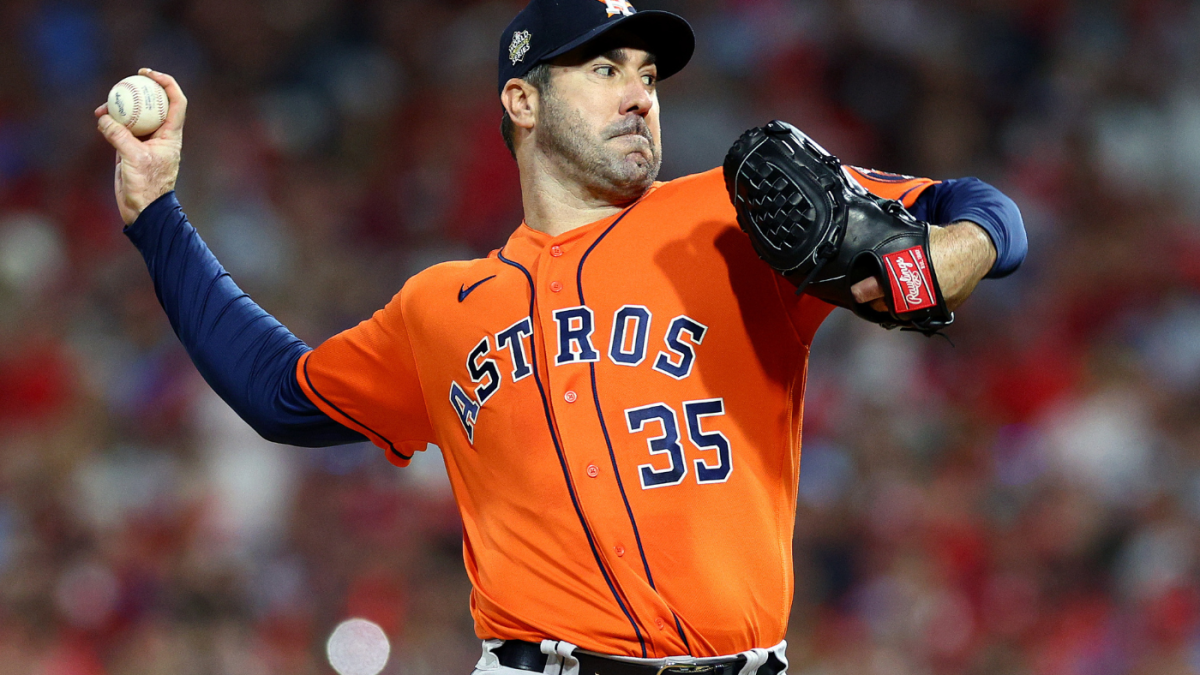 Major League Baseball’s offseason is on. We are now over a week away from the end of the World Series, General Manager Meetings took place last week and free agency is officially underway. Now, it could still be quite slow for a few weeks. First, players who received extended qualification offers still have until Tuesday to accept or decline them. Either way, things generally move slowly, but that’s the problem here for the immediate future.

Be sure to check out Mike Axisa’s handy list of key dates of the off-season for more information. Also, here RJ Anderson’s Top 50 Free Agents.

As for Monday’s rumors, let’s take a look.

Free agent and likely AL Cy Young winner Justin Verlander may be headed elsewhere after winning his second ring with the Houston Astros. Ken Rosenthal reports that the 39-year-old future Hall of Famer could be open to a bigger deal with a big-spending competitor like the Los Angeles Dodgers, New York Yankees or New York Mets. The Mets are likely to be hit hard by free agency in the rotation, which explains their potential interest. As for the Yankees, they could use an extra front-row starter, and the Dodgers have a rich recent history of adding superstar depth to a roster that’s been a colossus for some time. Yes, Verlander is pushing 40, but the skills seem to be very much intact. It’s ideal for a winning club now with World Series designs.

Rosenthal also reports that the world champion Houston Astros named Anthony Rizzo as “their #1 free agent target at first base.” Starting first baseman Yuli Gurriel is also a free agent, and he showed signs of falling hard at home plate last season. Rosenthal, however, notes that a rematch with Gurriel remains a possibility, as does a pursuit of José Abreu.

In place, MLB Network’s Jon Morosi reports that Pérez is likely to accept Texas’ qualifying offer. It’s a one-year deal for $19.65 million, so it’s not pennies or anything, but it sure looks like he could get a multi-year contract in free agency.

Just to illustrate how much teams are willing to pay to start pitching, former Mets starter Seth Lugo’s market is “robust,” according to The Athletic, with several teams considering Lugo as a rotation option.

The rays continue to explore the trades of 40 men

The Rays have already traded Ji-Man Choi and declined the option on Kevin Kiermaier’s contract. Let’s go back a week…

Sure enough, the Rays have been active in polishing their roster in the days since and they will continue to do so. Morosi reported Sunday that the Rays “are engaged in advanced trade negotiations” and that we should expect to see several trades before Tuesday’s deadline to add players to the 40-man roster to protect them from the draft. Rule 5. In other words, they are looking to weed out veterans from the 40 player to protect against losing younger players to Rule 5.

Surely there are plenty of teams looking in the direction of Tyler Glasnow and Randy Arozarena, but in all likelihood here – with the deadline looming and the scramble happening – the roster will be edited at the margins instead of being cut. .