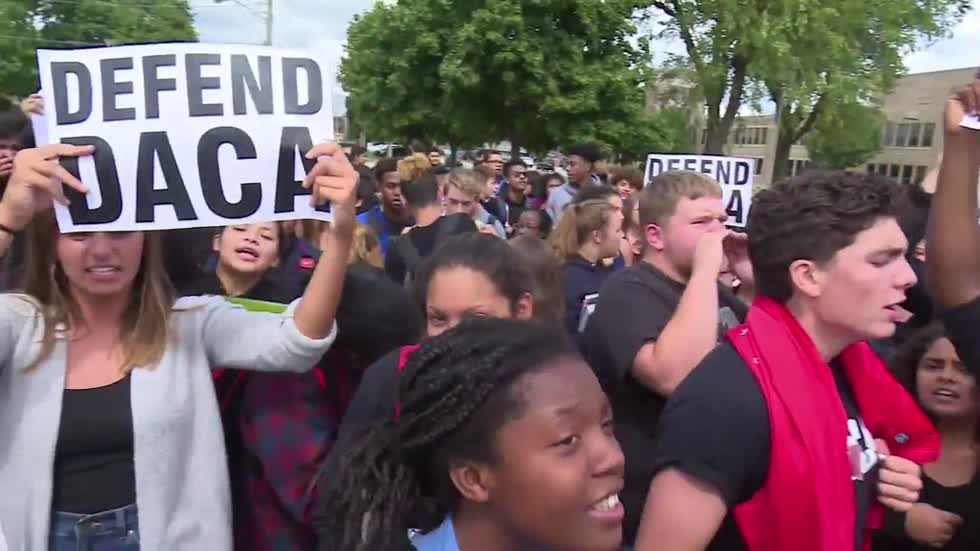 MILWAUKEE (CBS 58) — At age two in 1999, Alondra Garcia emigrated from Mexico to the United States with her family.

About 15 years later, she became a dreamer.

A Dreamer is a beneficiary of the Deferred Action for Childhood Arrivals (DACA) immigration program.

DACA was created while President Barack Obama was in office to allow hundreds of thousands of unauthorized immigrants, who arrived in the United States as children, to live and work without fear of deportation. .

“My dad was telling me, reassuring me that it would be the best thing that could ever happen to me, and I took him at his word, and have been ever since,” Garcia said.

Garcia said DACA has allowed her to build a life in Wisconsin as a Milwaukee Public School (MPS) teacher, taxpayer and community contributor.

Still, she said every day is filled with uncertainty.

“Knowing that at any time, you know, we could lose what we work so hard for because of our status,” Garcia said.

The Biden administration is taking steps to protect DACA from legal challenges that threaten its existence.

A Department of Homeland Security (DHS) rule will codify the program into the federal government‘s code of regulation.

He said he was waiting for Congress to allow DACA recipients to obtain legal status.

“It’s the least we can do, to let these children adjust their status and let them stay here safely and without fear,” Morin said.

For now, Garcia said she feels more comfortable with the new rule, but it’s not enough.

“If our politicians, our government really values ​​their people, immigrants are part of that people,” Garcia told CBS 58.

The rule is expected to come into effect on October 31.

CBS 58 reached out to several Republican members of the Wisconsin congressional delegation for comment, but did not immediately get a response.