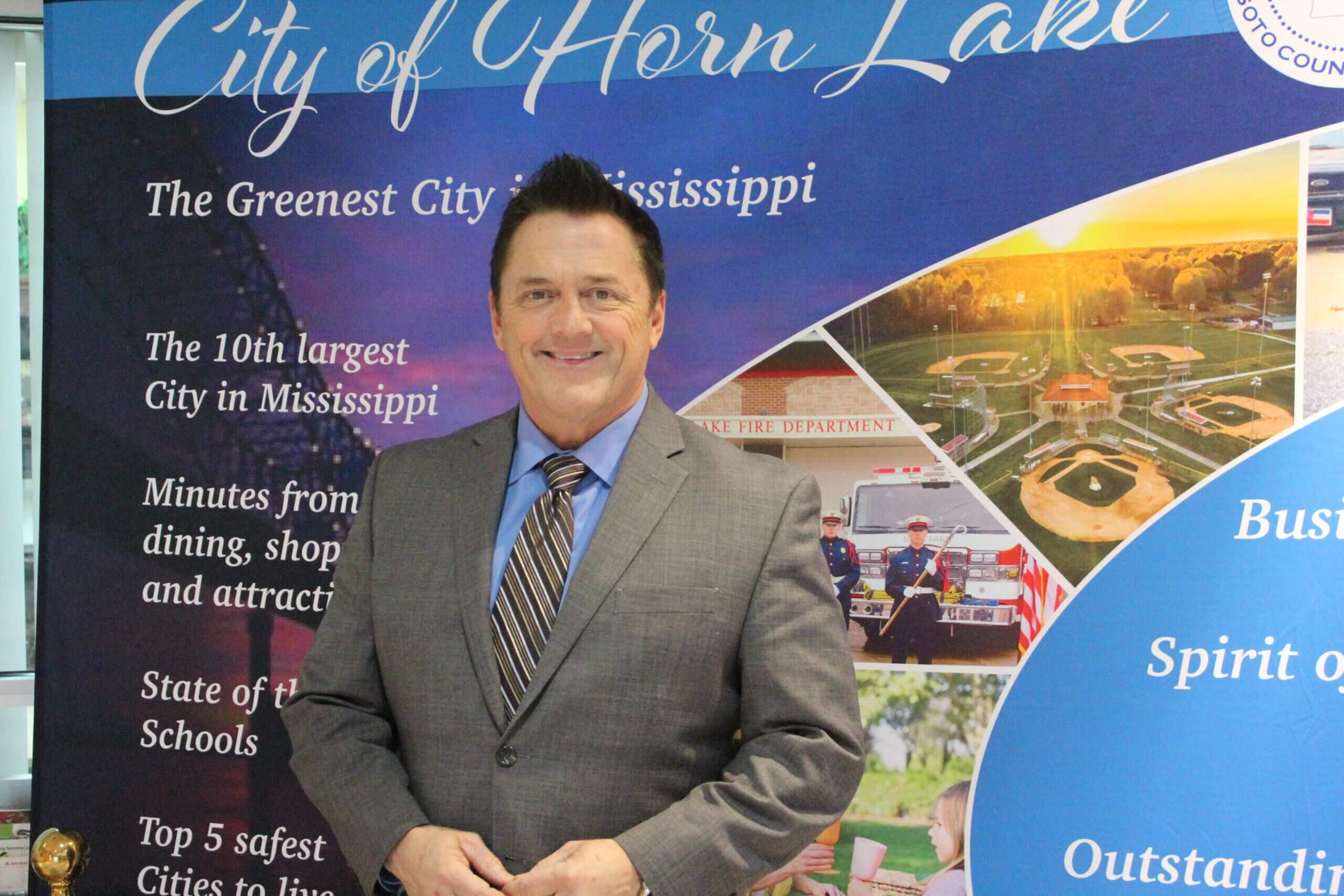 His movies have promoted things like real estate and entertainment in Nashville and he’s done interviews with DeSoto County movers on a program he calls “Good Morning DeSoto.” He was a filmmaker and, through video, even helped promote a mayoral candidate.

Now, TJ Cates has been given a new storyline to promote as the new Town of Horn Lake Development Manager. Cates’ vision is to make the city more visible and attractive to visitors, potential new residents and new businesses.

Cates thinks the first step to getting there is to make a turn… the right turn.

“I would like to see more people take a right when going down I-55 than a left,” Cates said. “When you look at most towns, if you go south you take a left. Our grass is just as green in Horn Lake as it is anywhere. It’s as green here as it is in Germantown.

Cates thinks Horn Lake has been chosen for the town east of I-55 several times and he wants to change that.

One thing he would like to see, for example, is signage along the highway as travelers approach that promotes Horn Lake and why it should be a destination.

Cates said the city should promote store availability, but added that cleaning and improving could help with that.

“We also want to bring people in for shopping from Harbortown, Cooper-Young and maybe West Memphis,” Cates said. “To attract people you have to become attractive, so we have to make Horn Lake more attractive. If we dress Goodman Road, we can get people to go a little further down the road.

Beyond shopping, Cates is particularly excited about the possibilities arising from the proposed development of a park on land available to the city. The 416-acre site is located north of Goodman Road West and east of Horn Lake Road. The land was donated several years ago but it cannot be improved with new construction as it is in a flood plain.

However, it can be developed into a park area, Cates said, and would reflect a historic legacy of the Chickasaw Indians with the park’s nomination for a multiple-time governor of the Chickasaw Nation.

“Cyrus Harris was five times governor of the Chickasaw Nation in the Trail of Tears of the 1830s,” Cates said. “We want to do naming rights so the park is in his name. We can also name the trails after the Chickasaw Indians.

The area could also offer rustic camping and archery. “We want to do something different for Horn Lake to attract people,” Cates said.

Another great opportunity to draw people to Horn Lake remains the Circle G Ranch, the land owned by Elvis Presley on the southeast corner of Goodman Road West and Highway 301.

Revitalizing the property would certainly be an attraction for Elvis fans who may have visited Graceland before.

Those involved in the development of the land remained silent for some time on its progress and Cates said he could not comment on the project.

But, in 2014, the property was purchased by a group of investors led by Davage “Buddy” Runnels Jr., the founder and owner of Real Estate International, Inc., or REI. Runnels hails from Mississippi and now owns REI, a company based in Destin, Florida.

There was an initial splash at the time of purchase over Runnels’ plans for the property. Not much has been said since, but it apparently remains a possibility. Completion of this project would certainly enhance Horn Lake’s appeal to tourists and visitors, which would support Cates’ vision of what Horn Lake could be.

“My passion is getting people together,” Cates said. “We’re not trying to make it a big metropolis, but we have to have reasons for people to want to come.”

And coming from the big city to the north, it all starts with a right turn, or in Cates’s mind, the “right turn.”