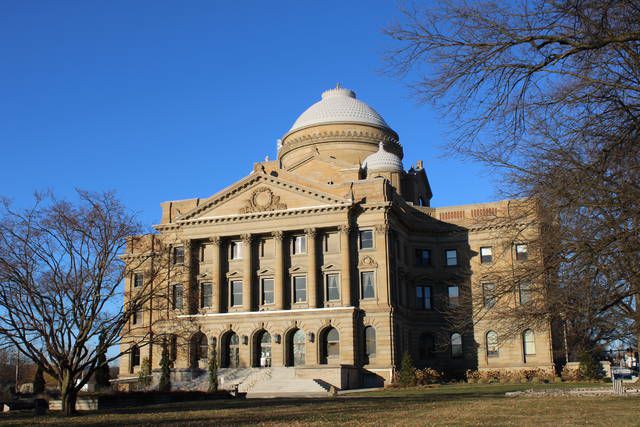 It’s a windfall like no others for Luzerne County government: $ 112.89 million in federal American Rescue Plan funding with no local match required.

County council members are set to start discussing how this money may be spent Tuesday, with a work session presentation from the administration on types of projects that may be selected under the preliminary federal guidelines.

The lengthy menu of options may include allocations for the Wyoming Valley Levee flood control system along the Susquehanna River, projects involving stormwater and earmarks for tourism and small businesses.

A final federal determination on how the American Rescue money can be spent is not expected until late August or early September.

Councilman Stephen J. Urban touched on the funding opportunity during a council meeting in June, saying the county should invest the money on something with lasting impact instead of a â€œshort-term shot in the arm.â€

Urban suggested separating combined stormwater / sewer lines, arguing the move could lower sewer bills for county residents by reducing the volume of wastewater that must be treated.

â€œI think we need to think broader and look at something bigger-picture wise that could be longer lasting, because this is one-time money,â€ Urban told his colleagues. â€œIt is an acceptable use, I think, to separate sewer water from rain water, and I think it would have a bigger impact on people’s household bills if we could go down that road.â€

In contrast, Councilman Harry Haas wants his colleagues to act now and use what has been estimated at as much as $ 44 million to provide a temporary, partial two-year homestead real estate tax refund to owner-occupied primary residences.

Haas is seeking a vote Tuesday on introduction of an ordinance to provide the homestead. A majority council vote would be required at a subsequent meeting for the ordinance to take effect.

Council Chairman Tim McGinley said Monday he personally believes any proposed votes locking in use of the funds should be tabled until council identifies and considers all suggestions and receives final guidance from the federal government to guarantee its selections are permissible.

The county also has time to make an informed decision, he said.

American Rescue funding recipients must commit to a plan for their money by December 2024 and spend the funds by December 2026, the county budget / finance division said.

But Haas told fellow members he wants to get his ordinance passed now so the county can â€œstart helping folks.â€ He has less than six months remaining on council due to a three-term limit under the county’s home rule charter.

County Budget / Finance Division Head Brian Swetz told council there are â€œquite a lot of worthy projectsâ€ to be discussed by council and the administration in coming months.

The American Rescue funds are intended to provide â€œa substantial infusion of resources to meet pandemic response needs and rebuild a stronger, more equitable economy as the country recovers,â€ the federal government said.

Possible uses of the funds include responding to the public health emergency or its negative economic impacts, assisting essential workers and making necessary investments in water, sewer or broadband infrastructure.

The five-citizen volunteer county Flood Protection Authority, which oversees the levee, discussed plans last month to seek a portion of the county’s American Rescue funding for various projects because the authority did not receive its own allocation.

â€œIf we received some of this money from the county, it would be life-changing for us,â€ Belleman said. â€œA lot of our deferred needs could be addressed with this. It’s an once-in-a-lifetime opportunity. â€

The authority relies on a fee on more than 14,000 levee-protected properties to maintain the 16-mile flood-control system so it is primed for activation when the river rises. Addressing some levee repairs with American Rescue funding could avoid the need for levee fee increases for a period, Belleman said.

One possible project is replacement of approximately 30 pump impellers that were installed in 1940 and rebuilt as part of the levee-raising, he said. They are still functional but have become worn and should be replaced to lengthen their lifespan, he said.

The system’s 13 pump stations contain deep-well pumps that handle drainage from the land side of the levee when it can no longer naturally feed into the Susquehanna during a flood.

â€œThat’s the only reason the flood protection system exists, to protect communities from stormwater coming down the river,â€ he said.