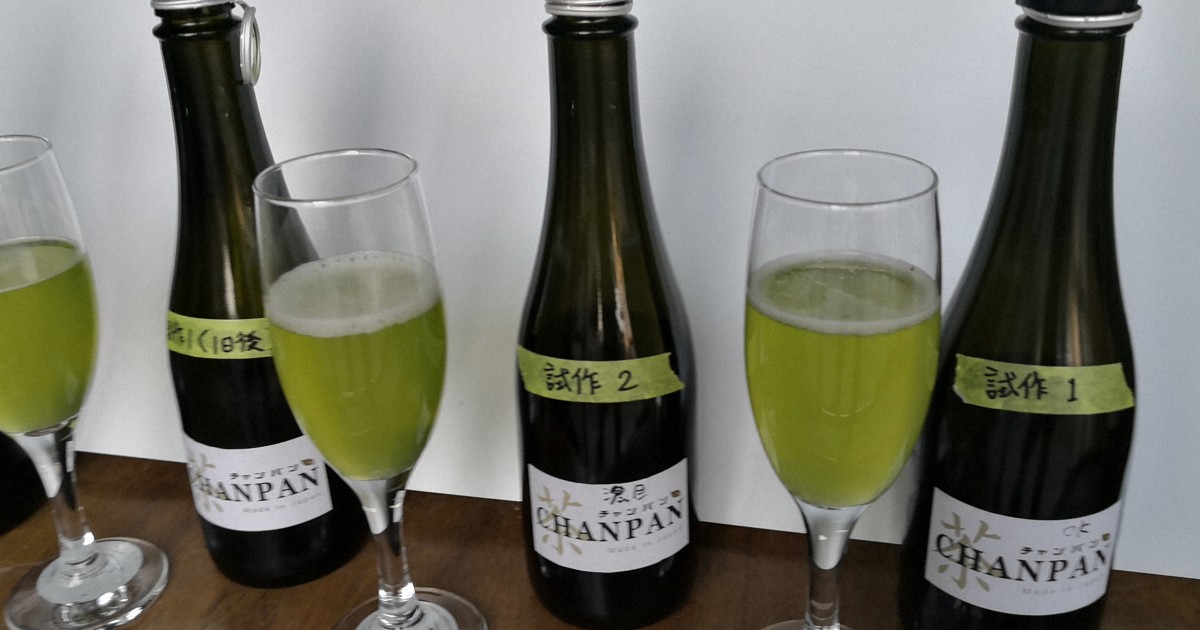 KAKEGAWA, Shizuoka – This city in central Japan has become the country’s first “special green tea liquor zone”, where legal barriers are lower for small businesses to make green tea liquor, and a local manufacturer aims to launch a champagne-like drink green tea around March of next year.

The extract from high-quality tea leaves grown in the town of Kakegawa – one of the largest tea-producing cities in Japan – is used for the product developed by Matsushita Tea Garden, which plans to sell 1,500 liters of the drink with about 12% alcohol by volume during the first marketing year of its liquor. The producer has already developed a sparkling liqueur made from high quality tea extract mixed with an alcoholic and carbonated drink.

The Kakegawa municipal government applied to become a special zone on May 11, and the Japanese government gave its approval on July 20. In the special zone, which covers the whole city, the minimum annual volume of green tea liquor that must be produced to obtain a license to manufacture alcohol has been lowered from 6,000 liters to 1,000 liters. This way even small manufacturers can get a license.

The city has made efforts to promote tea, the city assembly having adopted in March 2019 “the ordinance to drink with green tea”. While the consumption of green tea brewed in teapots has declined, the consumption of tea in the form of drinks can be made with inexpensive ingredients is on the rise. Under such circumstances, raw tea prices remain stagnant and tea producers find themselves in dire straits. They must therefore come up with new products that will stimulate a renewed demand for tea.