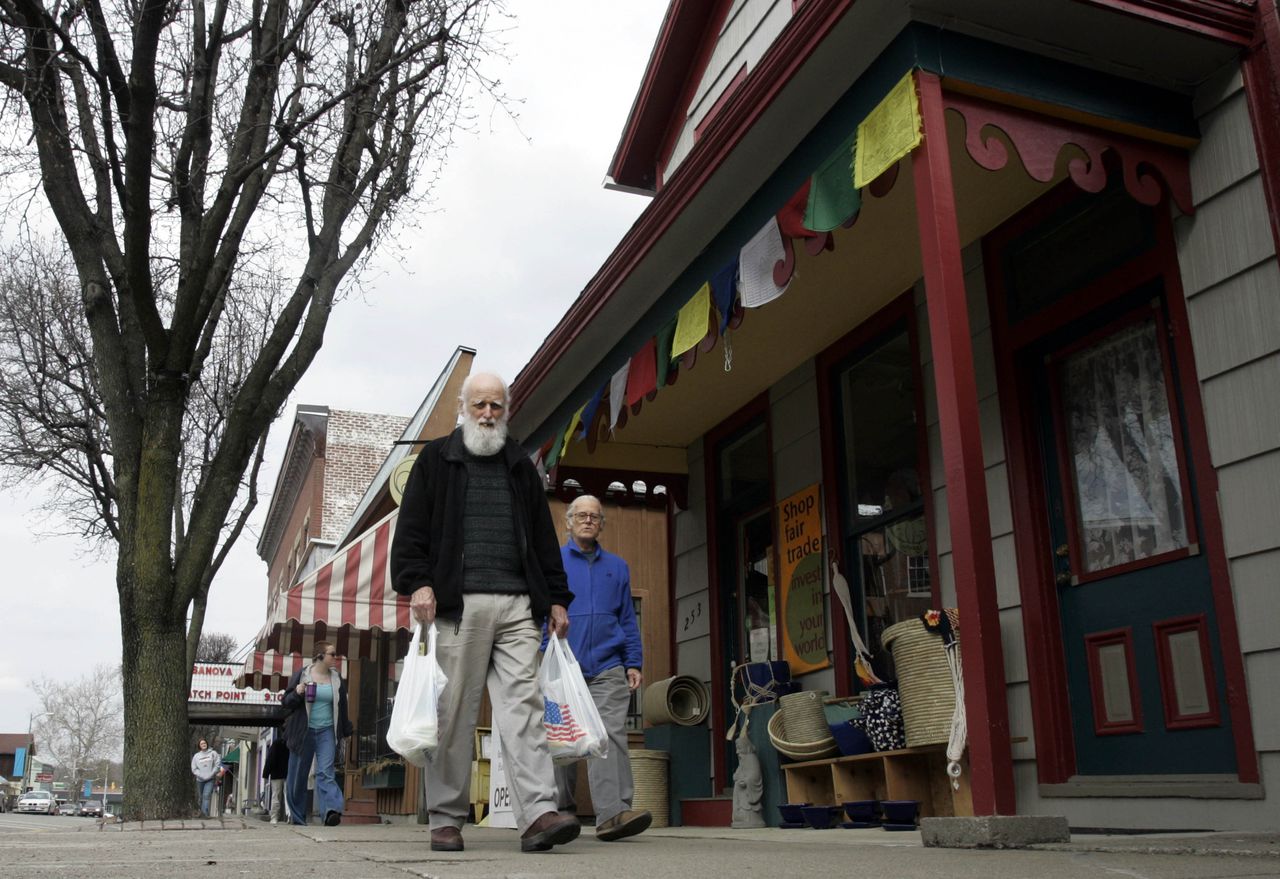 Just when you thought 2022 couldn’t get any weirder: Eric Foster

ATLANTA — In 2019, the Village of Yellow Springs held a referendum on whether to allow people who were residents but not U.S. citizens to vote in local elections. Yellow Springs Council President Brian Housh told the Dayton Daily News that allowing non-citizens to vote would have affected about 30 of the village’s approximately 3,800 residents. Those 30 residents included business owners and people with children in local schools. The people of Yellow Springs thought that those 30 people should have the right to speak in their local elections. The referendum passed with 59% of the vote.

In response, Secretary of State Frank LaRose ordered the Board of Elections for Greene County, the county in which Yellow Springs sits, to reject any registration of non-citizen voters. He said the referendum violated both the United States and Ohio constitutions. In a corresponding press release, Secretary LaRose said, “Just when you thought 2020 couldn’t get any weirder, the Village of Yellow Springs compels me as Ohio Chief Electoral Officer to reaffirm the obvious – only US citizens can vote.”

Fast forward to current time. “The obvious” is now the subject of a proposed amendment to the Ohio Constitution. On Nov. 8, Ohio voters will be asked to approve Number 2, which would amend the Ohio Constitution to prohibit local governments like the Village of Yellow Springs from allowing noncitizens to vote in local elections. In support of the proposed amendment, Secretary LaRose said the law is silent on whether a non-citizen can vote in a local election.

It would be easy to criticize Secretary LaRose for his apparent “flip-flop” on the legality of non-citizen voting in local elections, but I won’t. Perhaps the passage of time or additional legal research caused him to reconsider his position. If so, I congratulate him. Making a different decision after further research and reflection is something too few of us do.

Whatever the reason for the change, I believe Secretary LaRose is right this time. The law does not specify whether non-citizens can vote in local elections. Federal law clearly prohibits noncitizens from voting in federal elections under the Illegal Immigration Reform and Accountability Act of 1996. State law is not so black or white. Article V, Section 1 of the Ohio Constitution clearly states that U.S. citizens who are also residents of Ohio have the right to vote in all elections. However, it does not say that non-citizens cannot vote.

I say. It’s a bit like the logic of a lawyer, finding a hole when there isn’t one. But as you can see, Secretary LaRose – who is not a lawyer – also sees the “hole”. In other words, just because some people have the right to do something doesn’t mean no one else can necessarily do the same thing. For example, calling “dibs” entitles you to the front passenger seat. But that doesn’t mean no one can sit in the front passenger seat unless they call “dibs.”

Municipalities shall have the power to exercise all powers of local self-government and to adopt and apply within their limits local police, sanitary and other similar regulations, which are not in conflict with general laws.

The foregoing is Section 3 of Article XVIII of the Ohio Constitution. This section of the Ohio Constitution, originally written by famed Clevelander Newton D. Baker (founder of the law firm that became Baker & Hostetler), was enacted to give the cities and towns of Ohio the power to govern themselves. The concept behind this allocation of power is known as the “domicile rule”.

Home rule as a principle makes sense. Most people would agree that local governments should have the power to pass laws regarding areas of local concern without the interference of the state government. Different laws may be required in Cleveland, Ohio than in Piketon, Ohio. But also, different laws may be desirable in Cleveland than in Piketon. People in different places need/want different things. Therefore, as a general rule, local governments should be able to adapt legislation to the needs/desires of their residents.

In my mind, that’s all Yellow Springs did by passing its referendum allowing its non-citizens to vote in local elections. He responded to the needs and desires of his people. And he did it through a process very similar to the one currently used to prevent Yellow Springs — or any other local government — from doing what he did again. He presented a specific question to his people: should non-citizens be allowed to vote in our local elections? Its inhabitants answered “Yes”. Now Ohio is asking another question: Should noncitizens be allowed to vote in local elections? I think our answer to this question should also be “Yes”.

I understand the urge to say “no” to this question. Some non-citizens are here illegally. They break the law. We shouldn’t reward bad behavior by giving those who shouldn’t be here in the first place the privilege of voting in a US election. Instead, we should be looking at how to send them back to their country of origin.

This is not a totally unreasonable opinion. But there is an equally “not entirely unreasonable” opinion on the other side. These non-citizens pay taxes. They send their children to local schools. Whatever their nationality, they are involved in the local community. They can be as invested in what is happening locally as their fellow American citizens. The Founding Fathers opposed taxation without representation. So should we.

Reasonable minds may disagree on this issue. But whatever the opinion, it is an opinion on a local matter that concerns only the residents of that municipality. And that to me is why this constitutional amendment is a problem. It seeks to impose the opinion of a majority of Ohioans on a local issue, thereby reducing the authority of local governments to meet the needs and desires of their people. In my mind, this question really does not concern us.

Who is hurt by the Yellow Springs referendum? If you say the 40% who voted against allowing non-citizens to vote, how are they hurt, exactly? None of them lost their right to vote. You can argue that their voting strength is diluted, but I would consider that, if true, to be the result of their policies and political philosophies, rather than a referendum. It is the job of political parties to find out what voters want and to address them accordingly. This is how the game is played. Granting more people the ability to vote only makes the playing field bigger. I don’t see how that’s a bad thing.

If you think other local governments may be tempted to follow Yellow Springs, so what? Local governments should have the power to regulate local matters as they see fit. If the people of Cleveland voted to allow non-citizens to vote in the Cleveland election, why should that matter to the people of Columbus, Marietta or Perrysburg? Residents of those cities can simply vote that non-citizens can’t do this in their cities.

When you see number 2 on your ballot, remember how it all started. A village of 3,800 people wanted to let 30 people vote in its local elections. Residents voted to let other residents vote on local issues. Now, Monday morning quarterback Ohio Statewide is being asked how a local government handled a local issue.

Mind your own business. Vote no on question 2.

Editorial Board Community Member Eric Foster is a columnist for The Plain Dealer and cleveland.com. Foster is a lawyer in private practice. The opinions expressed are his own.

Do you have anything to say on this subject?

* Send a letter to an editorwhich will be considered for print publication.

* Email general questions about our editorial board or comments or corrections to this opinion column to Elizabeth Sullivan, Chief Opinion Officer, at esullivan@cleveland.com

You have the power – Haliburton Echo