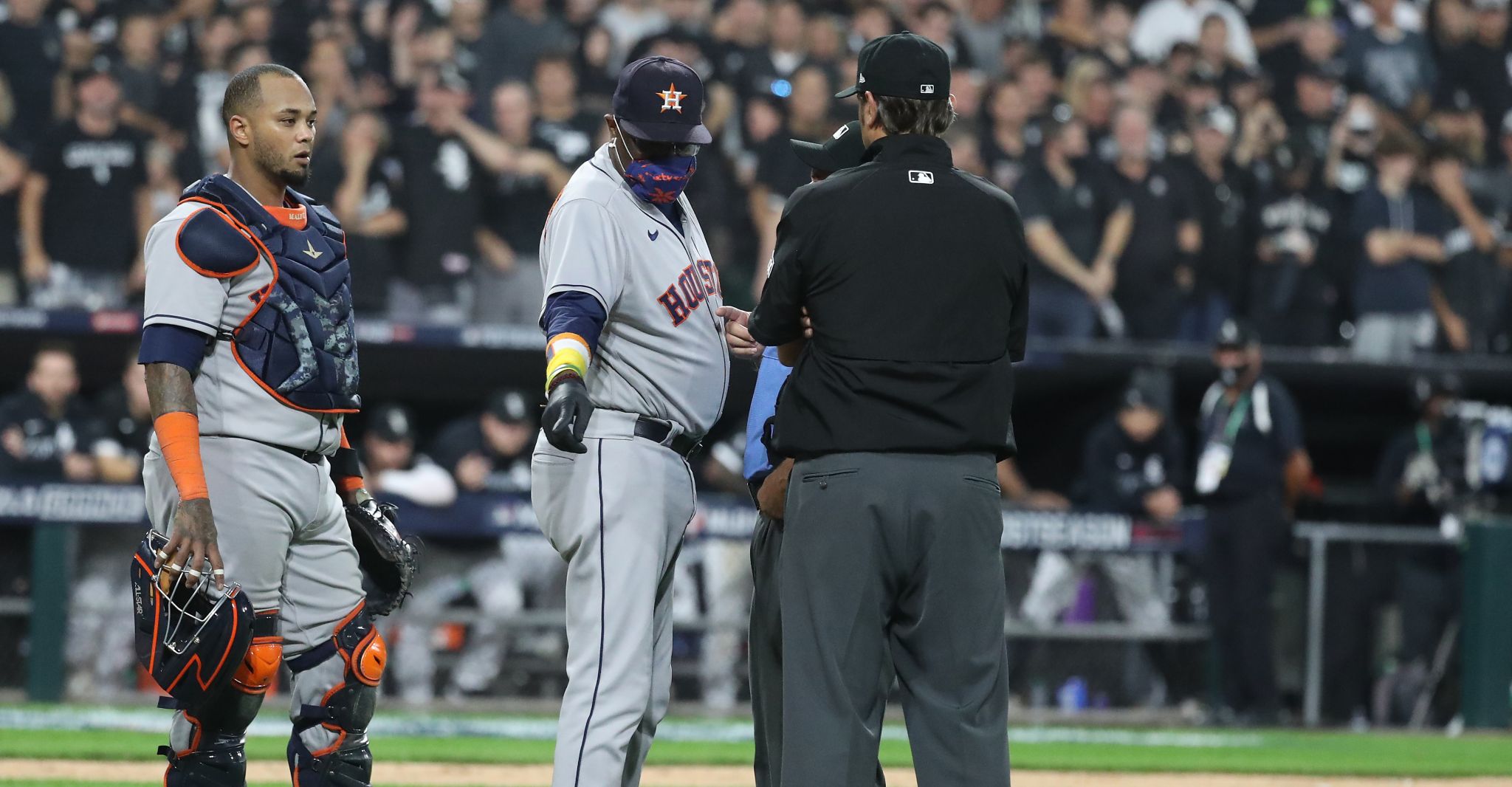 The appearance that Yasmani Grandal interfered with a Yuli Gurriel throw left manager Dusty Baker and wide receiver MartÃ­n Maldonado livid in the fourth inning of Game 3 of the American League Division series between the Astros and the White Sox. .

With runners in the corners and no setbacks. Grandal stopped a slow roll towards Gurriel at first base. The home throw clearly hit Grandal in the shoulder, knocking him off target once he reached Maldonado. Luis Robert scored, knocking home plate umpire Tom Hallion in the process.

We’re not even halfway home. pic.twitter.com/oTUbXPhW2f

The Houston infielders immediately reported something wrong. The umpires conferred for over a minute as Baker stood in disgust near the first baseline. When the ball hit him, Grandal had not reached the double-lined fairway he was to run into.

The referees left the appeal on the pitch as is, leaving Baker and Maldonado furious.

MLB rule 7.08 states that a runner is called out if he runs more than three feet from his baseline to avoid being tagged or if he intentionally interferes with a throw. Because no tag on Grandal, which wasn’t even halfway through the first, was attempted, he was technically not off the baseline, even though he was running over the grass of the field. interior. And it was apparently the referees’ judgment that the contact Grandal made with Gurriel’s throw to the plate was unintentional. This meant the ball was alive, allowing Robert’s run to count; let Jose Abreu, who was at the start, move to third place on what was ultimately accused of a pitching error at Gurriel; and leaving Grandal safe at first.