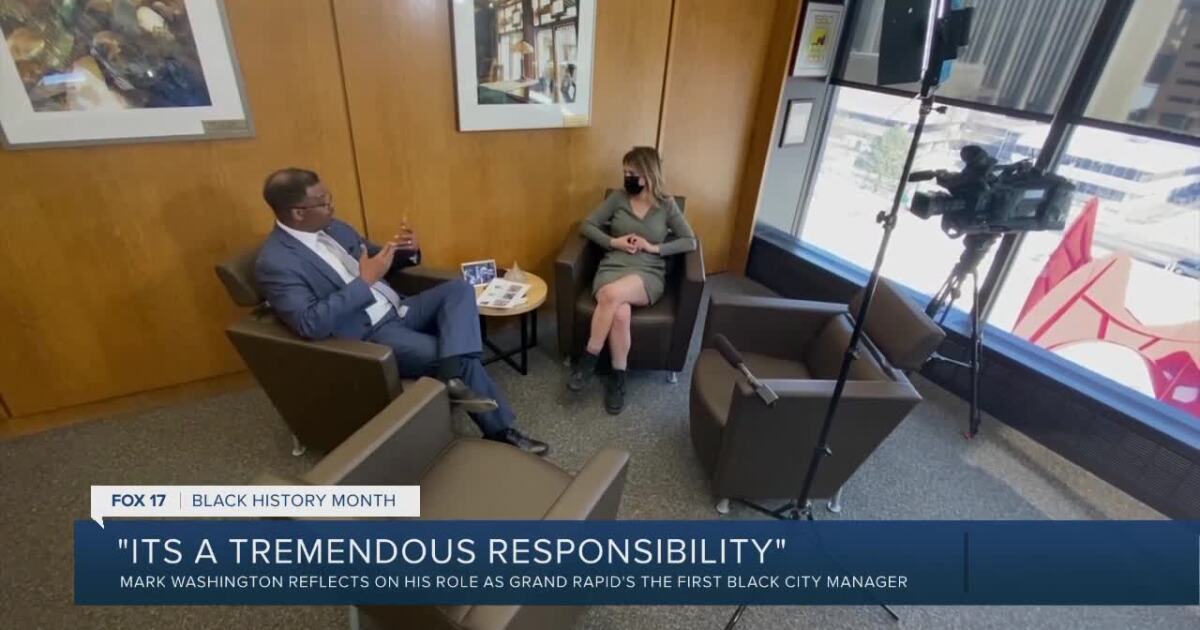 Grand Rapids city manager is working to change that

In 1999, his mentor, the first black city manager of Fort Worth, Texas, had him write about what he would do in his first 90 days if he ever had the chance to lead a city.

“Without the opportunity to see a person of color become city manager, I may not have been inspired to do the work I do today,” Mark Washington said.

In 2018, the most diverse Grand Rapids city commission in the city’s history made another historic decision: to appoint its first African-American city manager.

“It comes with a lot of control. A lot of pressure. There are people who are critical, who will sometimes mistakenly say that the only reason you had this opportunity is because you are African American. There are others who, because I am African American, expect more of me in terms of political consideration for people of color,” Washington said.

Washington would then go on to appoint the city’s first-ever black police chief, Eric Payne. Eric and Mark would help the city through a tough 2020.

“I think the time when our leadership coincided together during a time when there was such racial tension in our country and social unrest, and after the murder of Breonna Taylor and George Floyd, which resulted in our civil unrest here, I think having Chief Payne and I here were very determined,” Washington said.

But for Washington, it’s about creating a legacy that will last after he’s gone. His mentor in Fort Worth was the first and only African-American city manager. Washington is working to ensure the next generation of leaders know that their voice in government matters.

One of his first initiatives as city manager was for the city to create a local chapter of the National Forum of Black Public Administrators.

He says he is proud to hold this position and proud of the work he has been able to accomplish.

” We are progressing. Look at what we’re doing around equitable economic development, making sure it’s intentional in our budget. Over $25 million to invest in equitable programs in our budget,” Washington said.

Washington has been a strong supporter of Healing from violence and reforms within the city’s police department.

“As I continue to work, I think about the historic opportunity to be first. But I certainly don’t want the legacy to be first and only,” Washington said.

Electrification proposal to be presented to Newton City Council