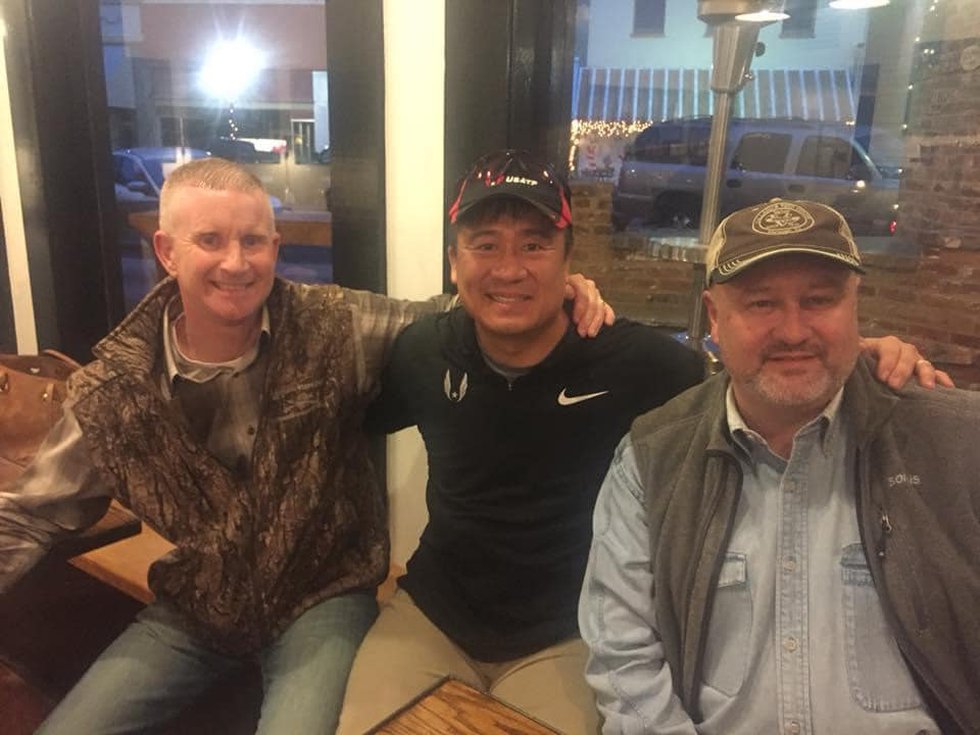 MARSHALL, Texas (KLTV) — An East Texas native is being hailed a hero for his efforts to stop the shooter in Sunday’s shooting at a California church.

Dr. John Cheng graduated from Marshall High School in 1987, where he was voted by his classmates as “most likely to succeed.”

Marshall Junior High coach Sam Hammontree, another member of the Class of 1987, knew Cheng long before he was Dr. Cheng. The two first met in Marshall as children in a church youth group.

“I know it’s cliché, but they always talk about that person who lights up everything when they walk into a room. That’s how he was.

After graduating, Cheng continued his education at Texas Tech and Baylor University, where he quickly befriended another East Texan.

“I met John at Baylor, where we were in the same fraternity, Kappa Omega Tau,” said James Runnels, who now lives in Harrison County. “I grew up in Atlanta, Texas and John grew up in Marshall, so we had a lot in common; Neely’s BBQ, Caddo Lake and my grandparents lived here in Marshall.

Even after moving to Southern California, Cheng stayed in touch with his friends in East Texas. They all met a few years ago at a Marshall cafe, unaware that it would be their last time together.

Cheng was killed on Sunday while attacking a man who opened fire during a church luncheon in Southern California.

“It is known that Dr. Cheng charged the individual, the suspect, and attempted to disarm him, which allowed other parishioners to then intervene, taking the suspect into custody,” the sheriff said. of Orange County, Donald Barnes.

Cheng’s friends back home in East Texas said his heroic actions came as no surprise.

“A mutual friend sent me a screenshot of his (Cheng’s) cousin’s Facebook post. It hit me immediately and I just couldn’t believe it,” Runnels said. “But knowing who John is, laying down his life for these people in this church didn’t surprise me at all.”

Hammontree explained the emotions he went through after hearing the news, saying they included sadness and anger.

“But then all of that would be replaced by, I don’t know how to explain it, but pride. Being proud of my classmate.

Hammontree and Runnels said Cheng was well trained in the martial arts and believe years of training helped prepare him for when he sacrificed his own life to save others.

“I think as believers and as Christians, when we meet our Creator one day and walk through those doors, the words we want to hear are, ‘Well done, my good and faithful servant.’ And I think John heard those words,” Hammontree said.