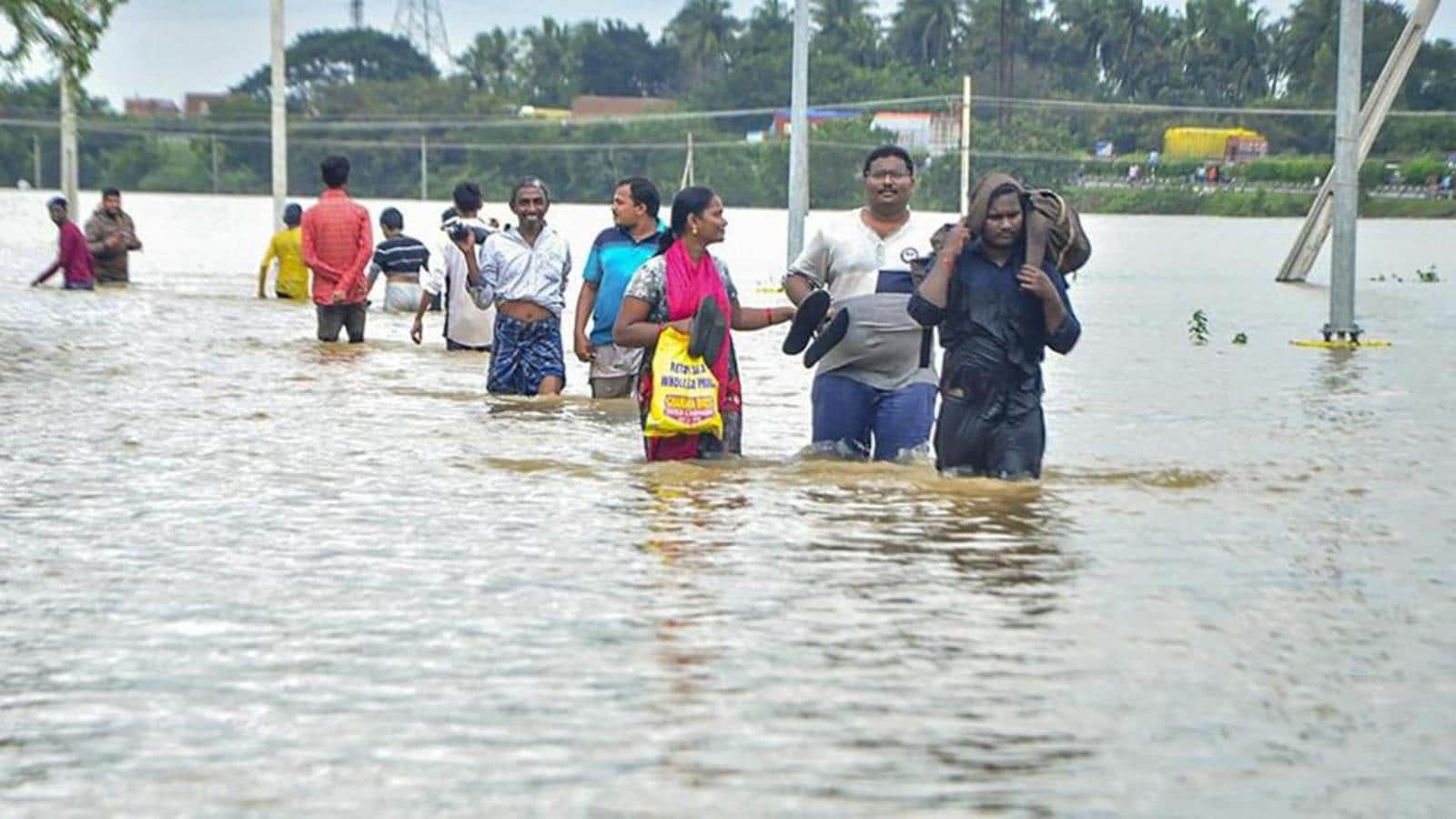 The government of Andhra Pradesh announced on Monday that the death toll in the latest torrential rains and flooding in the southern coast districts of Andhra and Rayalaseema has risen to 34 and another 10 people are still missing.

Making a statement to the state legislature, Agriculture Minister K Kanna Babu said the government has ordered the ex gratia payment of ??lakh to each of the families of those who lost their lives due to heavy rains and floods.

He said that financial aid from ??30,000 will be provided to farmers in the event of livestock death and ??3000 in the case of sheep and goats. No less than eight NDRF and eight SDRF teams as well as two helicopters have been commissioned for rescue and relief operations in 19 locations.

Kanna Babu said there were 294 relief camps in the flood affected areas and 57,969 people were evacuated and kept in relief camps. According to preliminary estimates, standing crops on eight lakh hectares were damaged and crop counts would be carried out once the floods subsided, he said.

Chief Minister YS Jagan Mohan Reddy, who held a video conference with collectors and other relevant officials from affected districts in the morning, ordered that each affected family be given 25 kg of rice, 1 kg of dal, 1 kg of oil. Cooking. , 1 kg of onion, 1 kg of potato and a cash aid of ??2,000.

The Chief Minister asked officials to pay compensation of ??95 100 and sanction a new home to those who lost their homes and ??5,200 to those whose homes are partially damaged due to flooding.

He asked officials to provide compensation for ??25 lakh and government employment to the families of Nellore Constable, an employee of the village secretariat and a RTC driver, who lost their lives helping others during the floods.