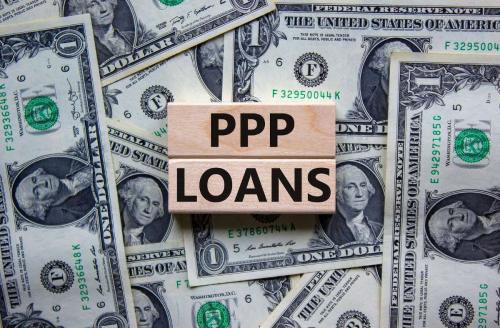 Given the volume of funds that were quickly dispersed during the COVID-19 pandemic, there were many new areas of fraud and abuse. The Department of Justice (“DOJ”) initially set out to target borrowers of these funds. Now, the DOJ is stepping up enforcement with the first-ever False Claims Act (“FCA”) settlement with a Paycheck Protection Programs (“PPP”) fund lender.

Spurred by the COVID-19 pandemic, the CARES Act (Coronavirus Aid, Relief and Economic Security Act) authorized the issuance of PPP loans to assist small businesses in economic difficulty during the pandemic. It was expected that these loans would be canceled if certain conditions were met. The lenders behind the PPP loans were entitled to receive a flat fee from the Small Business Administration (“SBA”), ranging from 1% to 5% depending on the size of the loan.

At the start of the program, the lenders of these PPP loans were concerned about the potential for private prosecution of potential borrowers based on bank lending practices, not with the government application. As I wrote before, initially the application of government in this space focused only on borrowers, who would have made false declarations in the context of obtaining loans. However, on September 13e of this year, the DOJ revealed an expanded focus, targeting PPP loan lenders as well as borrowers in an FCA settlement. In a Press release the U.S. Attorney’s Office for the Southern District of Texas announced that a PPP lender, Prosperity Bank, has agreed to pay $18,673.50 to resolve allegations that it mishandled a PPP loan on behalf of a client ineligible, Woodlands Plain Institute PLLC (“Woodlands”).

According to the press release, Woodlands applied for a PPP loan in the amount of $213,400, which was processed and approved by Prosperity Bank in May 2020. The loan application included a question asking if the applicant (or anyone with more than 20% equity) has been the subject of an indictment, criminal information, indictment or other means by which formal criminal charges are brought in any jurisdiction.

The government alleged that at the time of the request, the sole owner of Woodlands, Dr. Emad Bishai, was facing criminal charges stemming from his practice of prescribing opioid drugs. Bishai was arrested in November 2019 under allegations that he engaged in unprofessional or dishonorable conduct by prescribing someone he knew or should have known was abusing controlled substances and prescribing without a medical purpose, according to the Montgomery County District Attorney’s Office. Despite his arrest, when he filled out the PPP loan application, Bishai checked the “No” box and initialed his name under the question. Bishai was formally charged in August 2020.

When the application was processed, Prosperity Bank employees knew that Bishai was ineligible to apply for the PPP loan due to pending criminal charges against him. However, the bank still processed the request containing the misrepresentation and ultimately granted the money to Bishai. As a result of the fake request, Prosperity Bank received a 5% processing fee of $10,670 from the government. Bishai separately entered into a regulation for $523,331 in November 2021 to resolve its liability arising from the submission of false claims for the placement of electro-acupuncture devices and its submission of the fraudulent PPP loan application. It also repaid the PPP loan in full in 2022.

FCA’s settlement with Woodlands is an example of the government’s continued focus on fraud enforcement in the COVID-19 space, and suggests that enforcement efforts are not slowing down, but rather expand to new targets and use new tools such as FCA. Indeed, there is certainly the possibility of a flood of related PPPs who tam lawsuits brought by whistleblowers, acting as liaisons on behalf of the government. Given the expanded scope of law enforcement, financial institutions involved in providing COVID-19 relief funds must be very careful to ensure the eligibility of applicants, or risk becoming the target of government enforcement and significant civil or criminal consequences. Likewise, those who have obtained COVID-19 relief funds through PPP loans should be very careful when using these funds.