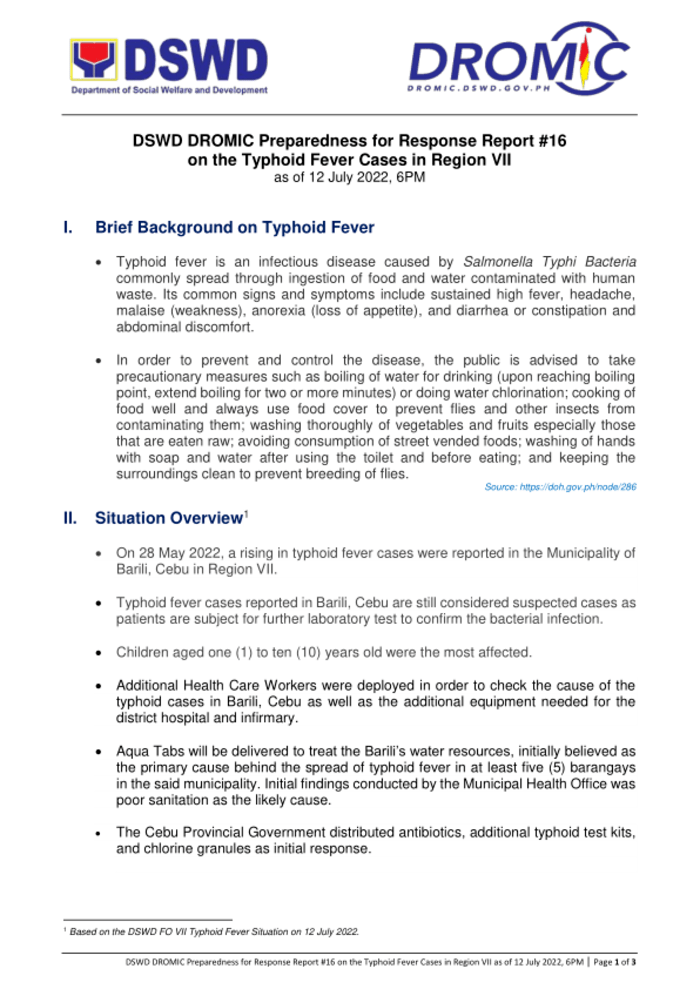 I. Brief reminder on typhoid fever

II. Overview of the situation