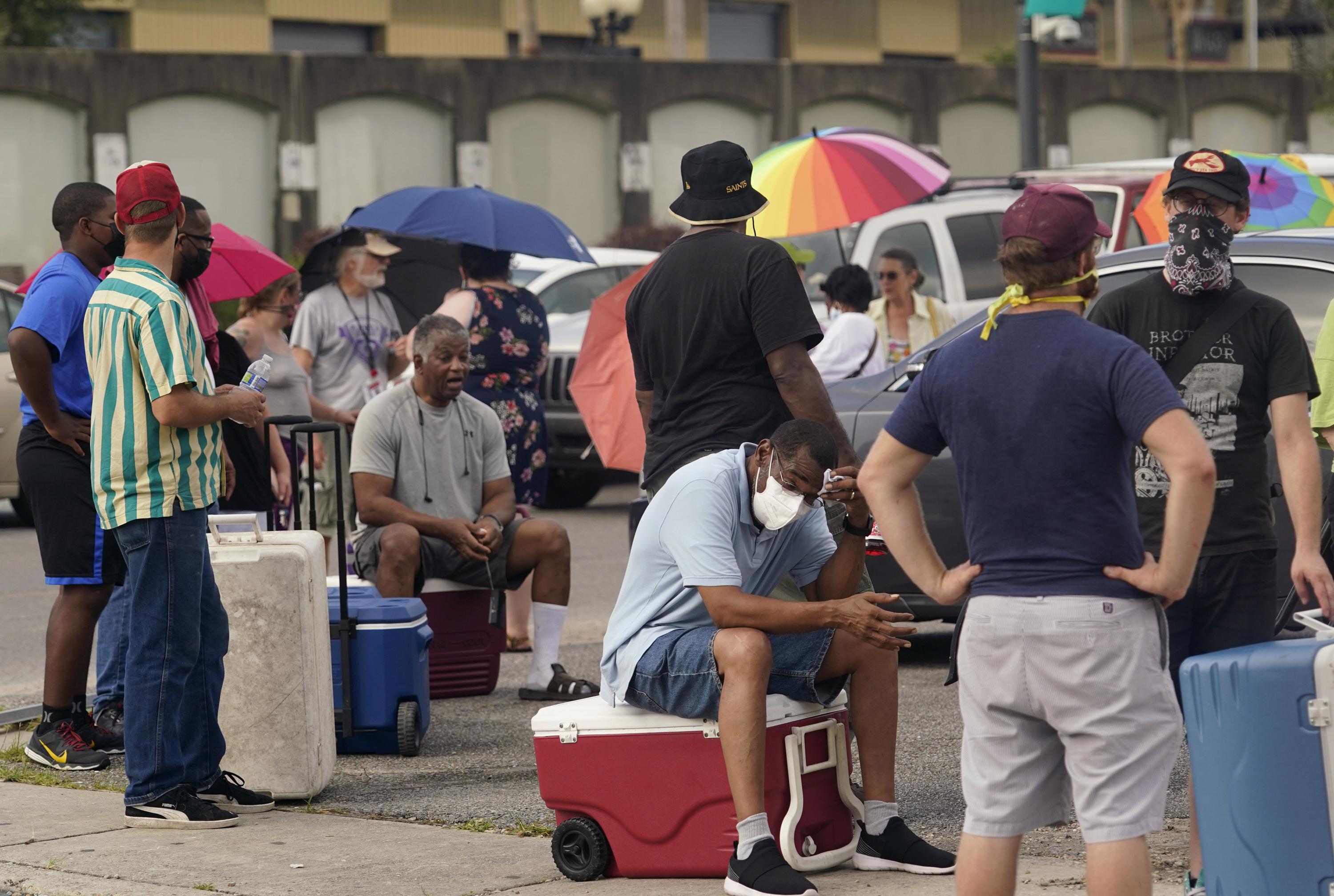 WASHINGTON (AP) – The Biden administration is working to protect workers and communities from the extreme heat after a dangerously hot summer that sparked a wave of wildfires made worse by drought and left hundreds dead in the north -western Pacific to hurricane-ravaged Louisiana.

As part of a plan to be announced on Monday, the U.S. Departments of Labor and Health and Human Services and other federal agencies are launching actions to reduce heat-related illnesses and protect public health .

White House climate adviser Gina McCarthy called heat stress a “silent killer” that disproportionately affects the poor, the elderly and minority groups. While not as dramatic as wildfires or hurricanes, “heat stress is a real and significant threat with deadly consequences,” McCarthy said in an interview.

“A lot of people don’t recognize heat stress as a real physical problem until it’s too late for them,” she said.

June heat wave in the Pacific Northwest, exacerbated by climate change, killed hundreds and thousands of emergency room visits for heat-related illnesses. In Louisiana, more than a million people, including the entire city of New Orleans, lost power when Hurricane Ida struck on August 29. At least 12 of 28 Ida-related deaths in Louisiana were caused by the heat, according to the Louisiana Department of Health.

As part of the administration’s plan, the Department of Labor is launching a program to protect outside workers, including agriculture, construction and delivery workers, as well as those working on the job. interior in warehouses, factories and kitchens. Farm and construction workers are at the greatest risk of heatstroke and other problems, the White House said, but other workers without air-conditioned environments are also at risk.

“Too often heat-induced injuries and illnesses are misclassified or go unreported, especially in industries that employ vulnerable and undocumented workers,” the White House said in a statement obtained by The Associated Press.

The Labor’s Occupational Safety and Health Administration, or OSHA, is set to release a new rule on preventing heat-related illnesses in outdoor and indoor work environments and will focus workplace responses and inspections on the days where the heat index exceeds 80 ° F (26.7 degrees Celsius). The White House called the rule an important step towards a federal heat standard for workplaces in the United States and said officials would expand the scope of scheduled and unscheduled inspections to deal with heat-related risks.

The administration will also expand its Low-Income Home Energy Assistance Program, or LIHEAP, to add programs to combat extreme heat, the White House said. The program traditionally focuses on providing heat during the winter, but also offers assistance in purchasing air conditioning units or paying utility bills for cooling. These programs will be expanded and officials will conduct targeted outreach activities to ensure at-risk households are in a temperature-safe environment, McCarthy said.

The administration is expanding the use of schools and other public buildings as cooling centers.

“School cooling centers save lives,” said McCarthy. “These are opportunities for people in every community to find relief when they need it most.”

She urged communities to implement programs such as ‘adopt an elderly person’ to perform wellness checks, making sure elderly residents drink fluids and do not overheat. “That kind of personal touch is going to make the difference between an individual living longer and those who die, fundamentally unrecognized in their own home,” McCarthy said.

The Biden administration has taken action since its earliest days to tackle climate change.

Biden announced an engagement on Friday with the European Union to reduce methane leaks that are harmful to the climate. Darker and darker findings by scientists conclude that the world is approaching the point where the level of climate damage from the burning of oil, gas and coal becomes catastrophic and irreversible.

These accounts “represent a code red for humanity,” Biden said on Friday, citing a recent UN report that the Earth is getting so hot that temperatures in a decade or so will likely exceed a level of warming that world leaders sought to prevent.

“We must act, and we must act now,” Biden said, referring to the “damage and destruction” he has seen in the United States, massive flooding in Europe and other global damage from global warming as natural disasters are on the increase. and severity.

In recent weeks, Biden has traveled to California, where firefighters tackle larger, more violent and deadly wildfires most of the year, as well as the northeastern United States and the United States. Gulf coast, where Hurricane Ida and its floods killed dozens of people.

As part of this new effort, the administration is focusing on urban “heat islands” where temperatures in cities with fewer trees and higher pavement concentrations may be higher than in surrounding areas. The problem may be more serious in neighborhoods affected by discriminatory practices that deny services to residents of certain areas because of their race or ethnicity, the White House said, citing a recent Environmental Protection Agency analysis. showing that the serious damage caused by climate change is declining disproportionately. on minorities and underserved communities.

The administration will expand urban forestry programs and other “greening” projects to reduce temperature extremes and heat exposure, the White House said. The Department of Homeland Security, meanwhile, is launching a series of competitions focused on building the country’s resilience to climate change. The first competition will focus on new ways to protect people at risk of heat-related illness or death during extreme heat episodes or in connection with other disasters.