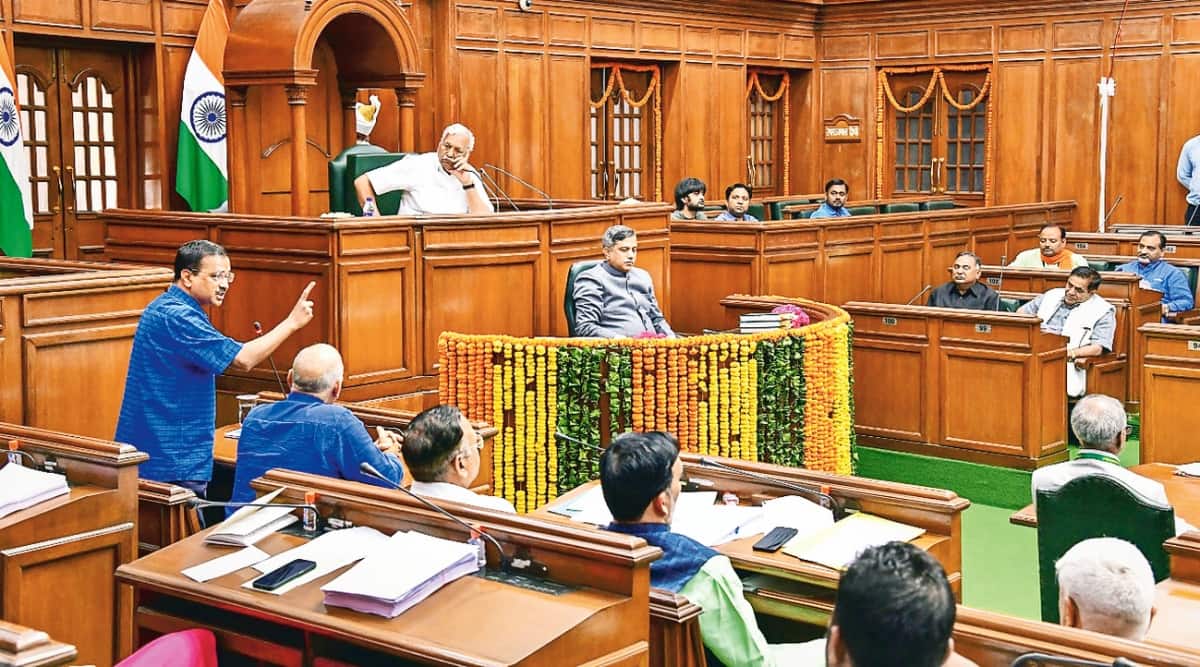 Chief Minister Arvind Kejriwal launched an attack on the BJP on Thursday, accusing it of “hating” BR Ambedkar and wanting to suppress the elections. He was addressing the Delhi Assembly during the current budget session.

Kejriwal alleged that the BJP-led Center pressured the State Election Commission (SEC) to postpone the MCD elections because it was afraid of clashing with a ‘small party (AAP)’ .

On March 9, the SEC said the ballots would take place in April but had to clarify within hours that it was unable to announce the dates because the Center had written to it that it wanted to present a draft law. to unify the three MCDs.

Since the 2019 Lok Sabha elections, where he lost all seven seats in Delhi, Kejriwal has refrained from directly attacking Prime Minister Narendra Modi. Even ahead of the 2020 Delhi Assembly elections, he had kept his focus on the work being done by his party.

Buoyed by his party’s landslide victory in the Punjab Assembly polls, Kejriwal took aim at the prime minister on Thursday, saying claims about the “56-inch kaseena” were false.

“In December polls are expected in Gujarat and people are saying BJP will lose. If they are about to lose, they will write to the EC 10 days before the elections to say that we are unifying Maharashtra and Gujarat, so the elections must be postponed. The next time they are about to lose the Lok Sabha polls, they will write a letter saying that the parliamentary system is bad, and that we are introducing the presidential form of government, postponing the polls. What is this drama, what is this nautanki? India is a democracy, the people will not tolerate this nautanki. They say they are the biggest party. We are the smallest. Are you still afraid? Kya kayar ho, yaar. If you have guts, fight the polls. Kehte ho 56 inch kaseena hai, election karao nahi toh kurte ke neeche 56 inch kaseena nahi hai, jhoot hai,” he said.

Kejriwal also said the BJP thinks the elections are “bad”. “We received no appreciation when we said that pictures of Bhagat Singh and Babasaheb Ambedkar would be placed in all government offices…I will tell you why the opposition, especially the BJP, hates Ambedkar. He wrote the Constitution which established India as a democracy where people will vote and choose their government. But BJP don’t want polls, polls are bad according to them,” he said.

He said there are rumors that the BJP wants the MCD to operate like the New Delhi City Council, where members are appointed and not elected. “If it was up to them, they would stop all the elections in the country. That’s why they hate Ambedkar, they don’t want elections,” he said.