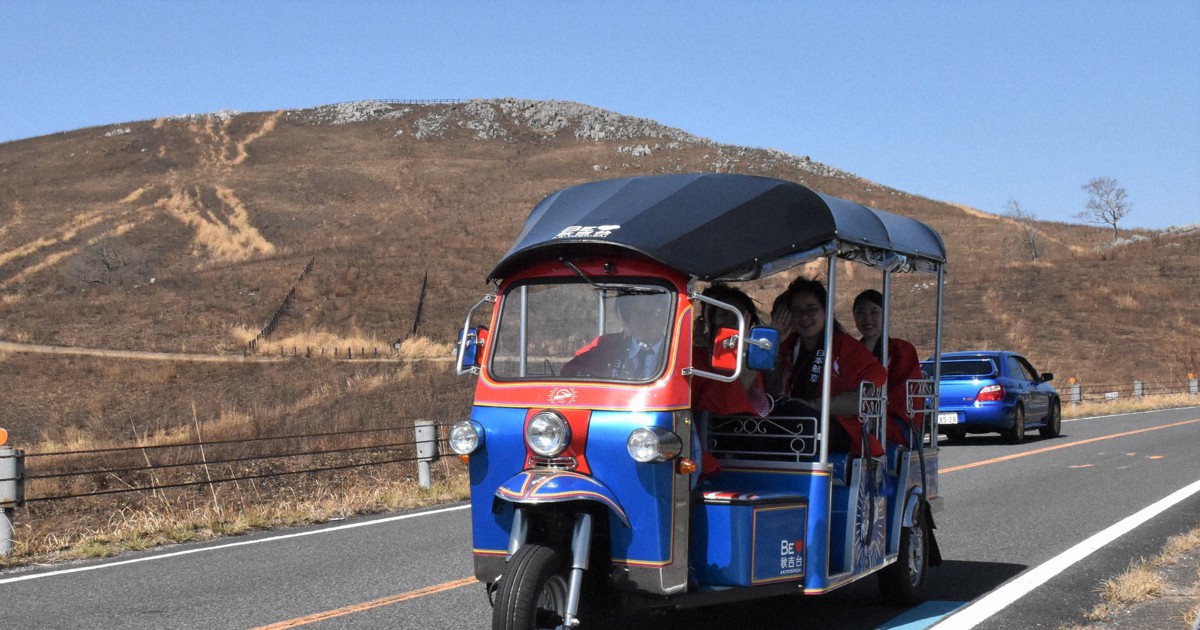 MINE, Yamaguchi — A tuk-tuk rental service for tourists in this western Japanese city, famous for the vast karst plateau of Akiyoshidai, is set to start on April 1.

Three-wheeled auto rickshaws, also known as tuk-tuks, are common in Southeast Asia and are familiar to ordinary people as a mode of transportation. The one that the municipal government of the mine purchased recently has a capacity of seven people and can be driven with an ordinary driver’s license. Without windows, it gives a feeling of openness, and the driver and passengers can smell the wind and the smell of the plateau to the fullest when riding on the road commonly known as “Karst Road”, which passes through Akiyoshidai.

Mitsutaka Imanishi, 43, the city’s deputy tourism policy chief who was on loan from Japan Airlines to the city government in April 2021, came up with the idea of ​​introducing a tuk-tuk, which he had previously ridden in Thailand , as it would allow people to visit the karst plateau and limestone cave of Akiyoshido and enjoy nature in Mine, where public transport is minimal.

“Aren’t you excited just thinking about tuk-tuking around Akiyoshidai?” said Imanishi. “We want people to enjoy it through their five senses and share the inspiration with friends and family.”

The city will launch the service with a tuk-tuk, but plans to increase the number in the future.