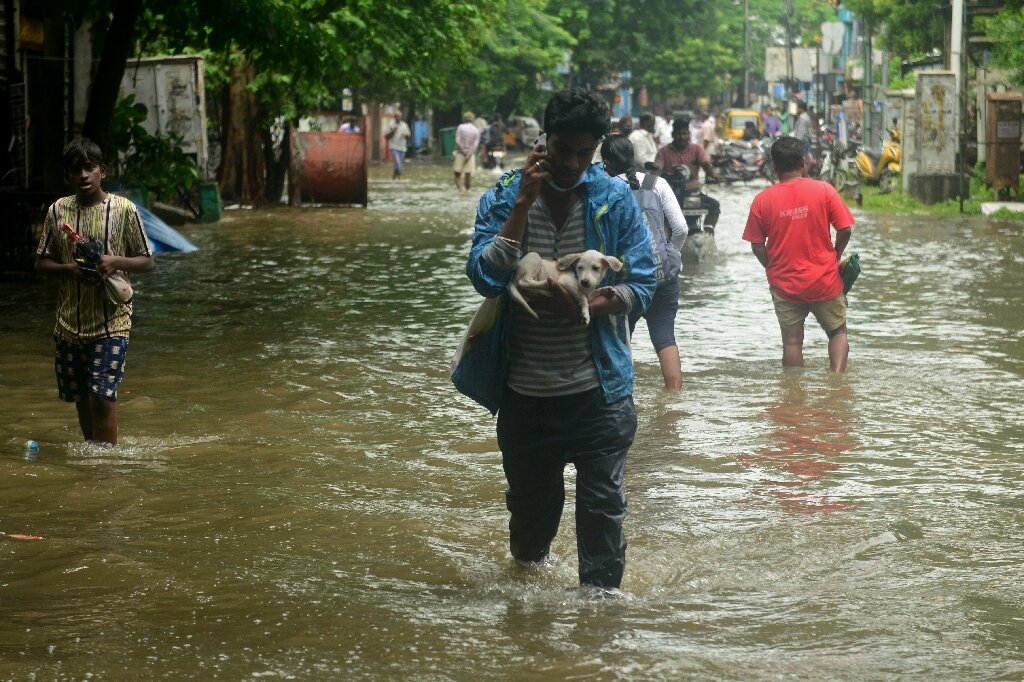 Nine people have died and two more are missing after flooding in Sri Lanka and parts of southern India caused by more than a week of heavy rain.

Almost half of Sri Lanka’s 25 districts were affected by the flood, with the most affected areas in and around the central highlands of the island, producing tea.

“Five deaths and two disappearances have been reported” across Sri Lanka since the rains began in late October, Pradeep Kodippili of the island’s disaster management agency told AFP on Monday.

More flooding is likely in the coming days with downpours expected to move to the country’s north coast around the city of Jaffna, the country’s meteorological office has warned.

Authorities have established more than 150 relief camps to distribute food and aid to people driven from their homes, the minister added.

Most of the main roads in the state capital Chennai were underwater and trees were uprooted, disrupting traffic.

Residents were seen wading ankle-deep in the city in waters that also clashed with century-old municipal government offices.

Floods in Chennai killed more than 250 people in record rainfall in 2015.

Scientists say increasingly unpredictable and extreme weather conditions in South Asia have been caused by climate change and exacerbated by deforestation, dam construction and over-development.

Floods and landslides kill 116 in India and Nepal

This document is subject to copyright. Other than fair use for private study or research purposes, no part may be reproduced without written permission. The content is provided for information only.